A Five Dog Friday (kind of!)

It has been a while since we had a Five Dog Friday, and although we have cheated a bit, five dogs did leave the ScPA today.

First to leave was one of the relatively new puppies, so new in fact that we haven’t yet created their individual albums. However of course visitors to the ScPA have been able to see them playing in the parks, and it was thus that yesterday’s family met their new friend; a small and feisty female, now named Orphée, who decided that she was going to be the first of her litter to leave. Yes, it was definitely the dog who decided this time; but who could blame the family for falling in love? There are seven more pups in this litter, by the way. Just sayin’! 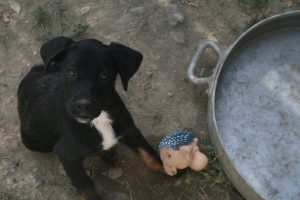 Not one but two of the border collie pups left, as well. Two little girls left for lovely new (separate) homes, and we are over the moon for them. They leave behind several siblings, though, so you really do have plenty of choice if it is a pup you are after. 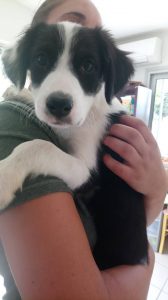 This baby border girl has been ADOPTED 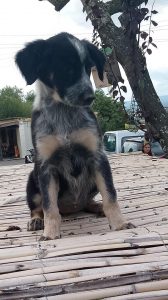 As has her sister!

We had the adoption of an adult today too!  Teddy, a lovely fluffy dog was brought to the SPA as an unidentified stray at the end of June. It is clear that he must have had an owner, but as ever, if the owner doesn’t come to collect his or her dog, we have no way of reaching them, particularly if they don’t want to be found!

Our volunteer Karen had some working guests staying from Germany, and they were very keen to come and do some dog walking at the refuge. When Lenny and Franzi met Teddy there was an instant connection, and they decided to do everything possible so that he could join them on their European adventure. They have been to walk him every day since to get to know him a bit better, and have introduced him to their camping car, which will be his new home for the time being.

Today was the big day, Teddy now renamed Terry left on the first leg of his adventure. He will have his own blog so we will be able to follow his journey. He is a very lucky dog, although I know that Lenny and Franzi think that they are luckier still. 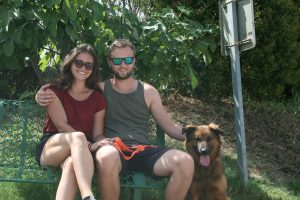 While we are on the subject of the identification of dogs (which, is obligatory, not that you would know it from the number of unidentified animals who arrive at the refuge)….. On Sunday the employees found a lovely female at the gates. She had a collar with her name on it, (Milcka) , but no phone number or microchip (or tattoo). So no way to track down her owners.

However the dog was very much loved and missed, and had last been seen in Mazamet. Who on earth finds a dog in Mazamet and brings it to a refuge 50 km away? Moreover a refuge that is in a different department? No comment. Luckily Carole was on the case, and last night she found an announcement from a family who was desperate to find their dog, and who cried with joy and relief when they found out that Milcka was safe and well. Had the dog already been identified (she now is, of course), this could have all been avoided, of course, but all is well that ends well. A happy reunion ensued and Milcka is back at home. 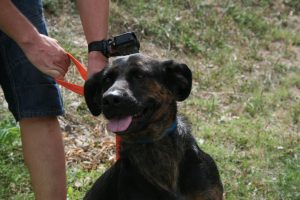 We are hoping for yet more good news tomorrow, but in the meantime we wish all the best to today’s five leavers (four adoptions plus a reunion!)