Home / Latest News / A good start to the week.

A good start to the week.

It is always nice when the week starts with an adoption or two, or as was the case today, THREE! Especially when we all needed some good news after a less than happy end to the week.

Today’s three adoptees were all girls, all very different in terms of both looks and character. But that is the great thing about visiting a refuge where there are 100 dogs; plenty of choice!

First off was Canelle, a fabulous young malinois who was brought in for rehoming along with her pal Mabrouka back in mid September. Of the two dogs many of us expected Marbrouka to leave first; she is older, calmer and wonderfully sociable. But malinois, like Canelle, certainly have lots of admirers. Appearing very nervy on her arrival, Canelle soon perked up on walks and is a fabulous girl. We hope she and her family enjoy a long and happy life together. 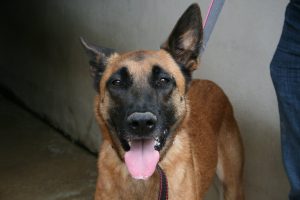 Next up was Tara. She is a young black crossbreed who arrived as a stray in late October. She is a fabulous girl who quickly adapted to refuge life. Being black can result in a long wait for certain dogs, but lucky Tara caught the eye of a family today and was delighted to leave to confines of the refuge. 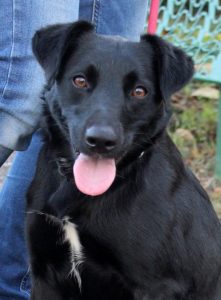 Third to leave was one of those dogs who has caught the eye of many people since her arrival at the end of October. She had supposedly been found by a family who kept her for a couple of weeks before deciding that they didn’t want to keep her. She had some bald patches which could have been due to fleas, so perhaps this was the reason why she was no longer welcome. Who knows. Their loss is someone else’s gain!

Maggie appeared to be very timid, but out on walks it is a completely different story. She is absolutely adorable, and it is no surprise at all that she has been adopted so quickly. 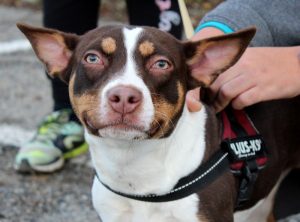 So it was a good start to the week. And we know there is good news on the way tomorrow so see you then.

2019-11-18
Darcey Dyson
Previous: Adoption of Goltenk and Lazare’s dream is over
Next: Five leavers including the Wolf Dogs after almost three years!