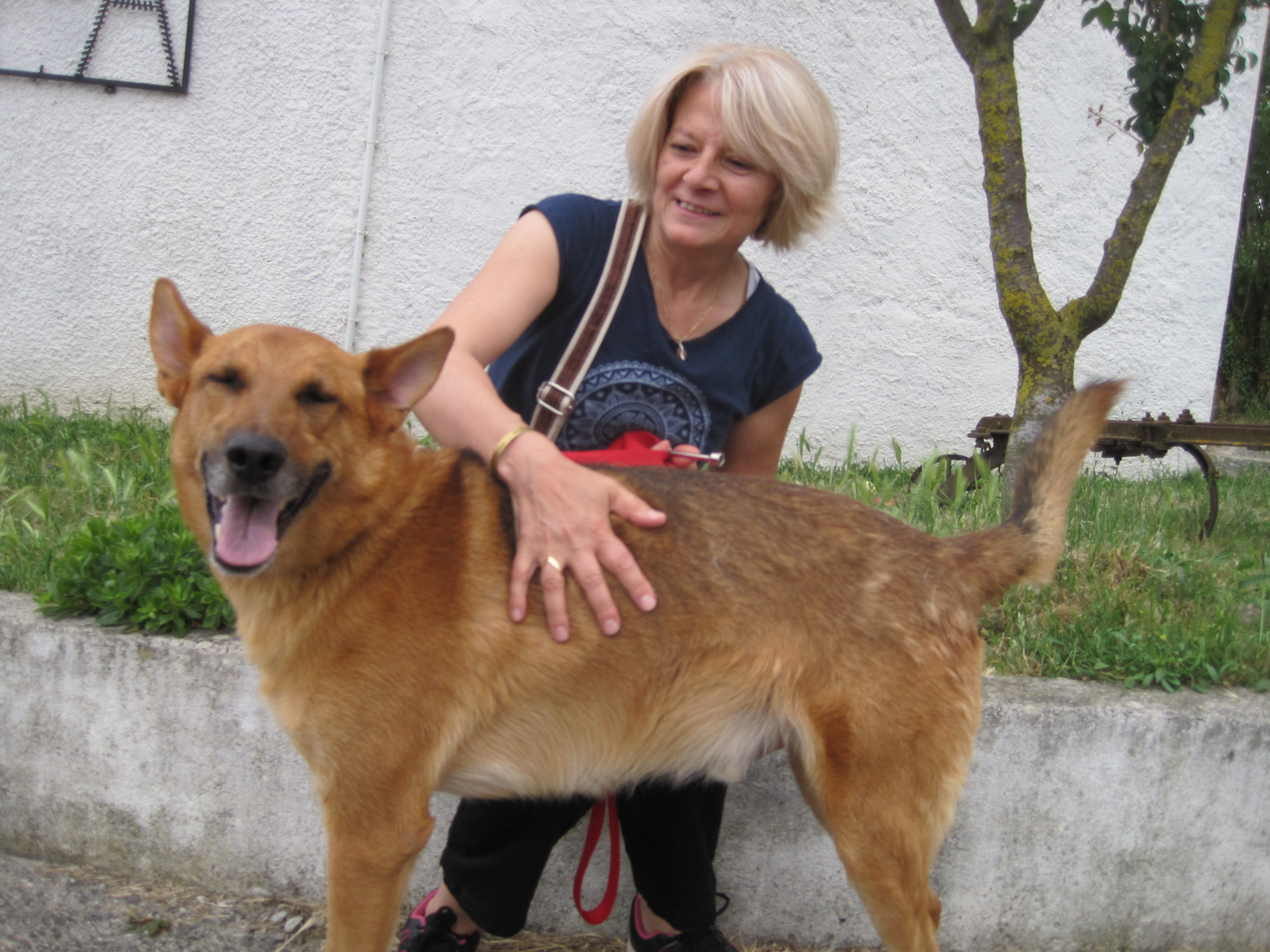 My arrival at the SPA coincided with the departure of Prince, who had arrived earlier in the day and left almost immediately thanks to being microchipped. There is no reason to show this photo, except that the dog is so incredibly handsome that we thought you might like to see him!

The big news of the day came about an hour later, when volunteer Virginie came to adopt Van Gogh. This lovely German shepherd cross (yes, another of them!) arrived in September last year, with a strange tilt to his head (hence the name). Numerous tests and scans have revealed no medical reason for this, and it certainly has not prevented him having fans! He has been walked religiously several times a week by Virginie. Her working life means that she is now only able to come at weekends and she discovered that she was missing Van Gogh so much that adopting him was the only possibility!

We hope that Virginie will not leave the team of precious volunteers, but in any case Van Gogh has certainly won the jackpot today!

Next to leave was little Ludo. This little lad of three and a half arrived just over a month ago and luckily for him he did not have long at all to wait!

It was a wonderful way to end what has been a pretty good week, all in all!

Prince – Reclaimed (and isn’t he handsome!) 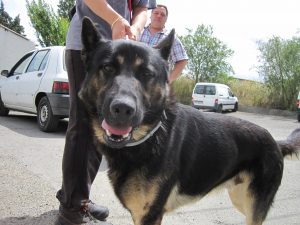 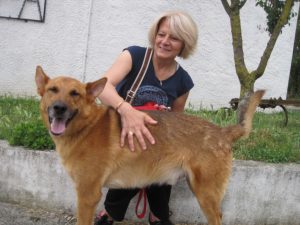 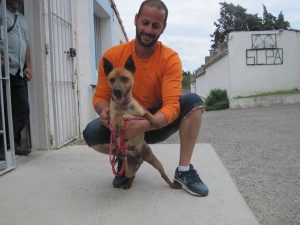