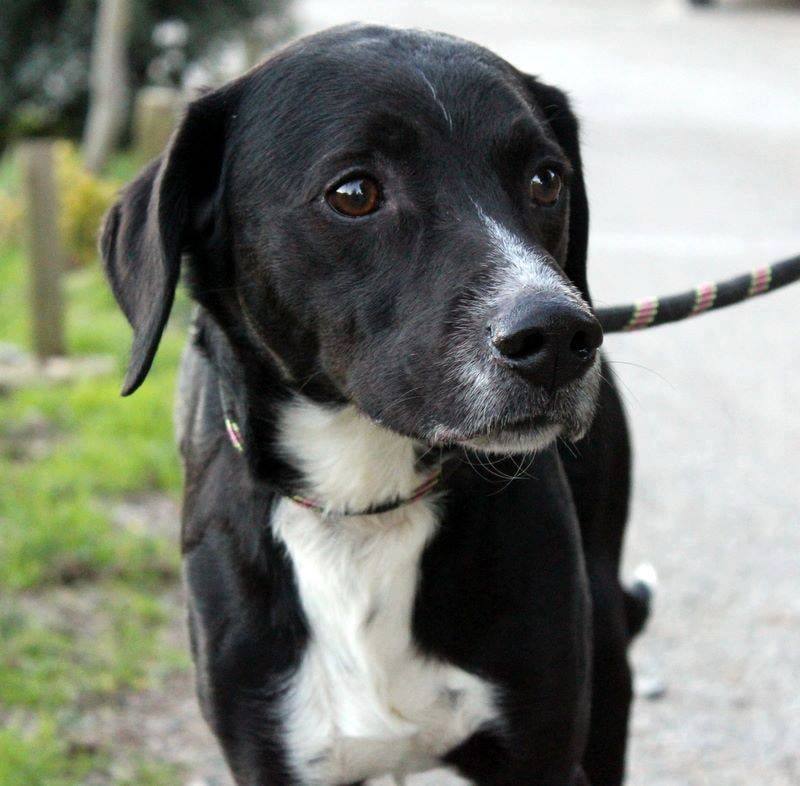 I made no secret of my love for this dog when he was at the refuge last time, and I was delighted when he was adopted at the end of October. However he is now back, and so I thought I would feature him as a hidden gem, in the hope that he has more luck next time.

Banksie spent almost a year at the refuge before being adopted, which is a long time for a great little lad like this. He was found straying in a village where he had presumably been abandoned. So although we don’t know his real age or anything about his history, we got to know him quite well before his adoption. And although this adoption has failed, it does mean that we know far more about him now, and hopefully his next family will be better suited to him. And he to them, of course. A good adoption is a two-way street.

The family who brought him back are heartbroken. They adored him and bringing him back was not something they did lightly. They, like everyone at the ScPA, would love him to find a new home soon. They wrote copious notes on the rehoming form, and talk of the hours they spent cuddling him on the sofa and the joy he brought to their lives. However they have a toddler and another child on the way, and although Banksie is fine with older children, he is not a fan of little ones. He prefers to avoid their company, which was not possible with a toddler who wanted to play with him all the time.

Banksie is an extremely quick learner, and would like an active family who will take him out and keep him occupied.  The garden of his recent home was not adequately enclosed and Banksie had a habit of taking himself off on walks, much to the annoyance of the neighbours. So an enclosed garden is required, although this does not mean Banksie is a runner by nature; he was off the lead on walks and stuck close to his owners at all times.

Banksie can live happily with other dogs and his family describe him as being a very sociable dog. On his return to the refuge he went straight in to share with another male dog. He does not like cats. Obviously he is house-trained and his family inform us that in the house he was very calm and never destructive. He is quite small weighing about 18kg.

Banksie loves to play and especially loves to chase tennis balls. He loves long walks and has good recall. According to the vet, Banskie was born in December 2012, making him just over 7. However he could be younger than this estimate, which was based on the state of his teeth and paws when he arrived. And as we know that he had been straying, this might not be the best indicator.

It is sad for a dog who is so close to being perfect to be back at the ScPA. And sadder still that his family really did love him. However he proved while he was with them that he is really is a wonderful dog and hopefully finding him a new home will not take as long as it did last time, now that so much more is known about him. 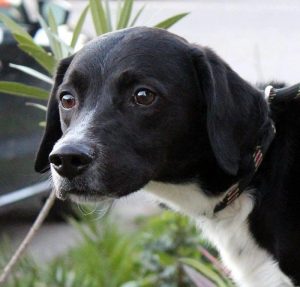 Please help Banksie find a new home either by sharing this post or by talking to friends and acquaintances about him. Or why not come to the refuge and meet him in person. He might just be the perfect companion for you!