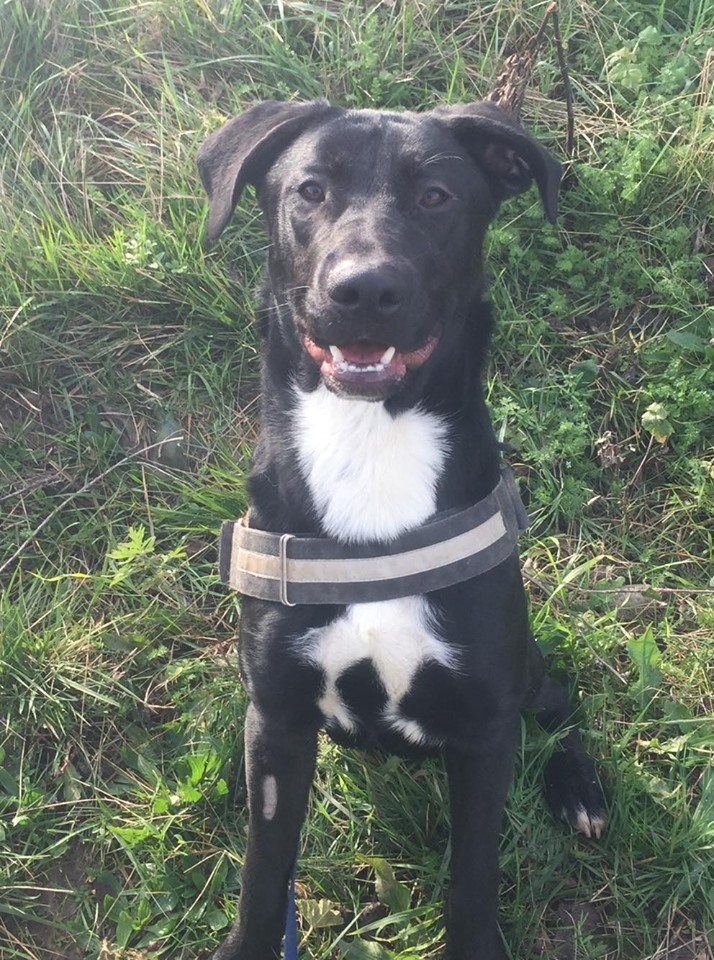 Popeye has not been at the refuge for very long, but he is a DRC favourite and we would like to help him find a wonderful new home as soon as possible.

Popeye was brought in at the end of December with his sister, Olive, who was rehomed almost immediately. As is often the case, the boy has been left behind. In fact Olive and Popeye are almost certainly the siblings of recently homed Tom and Théa, and probably of Tom and Tommy too. Someone had an unwanted litter and rehomed the pups very badly; something that makes dog lovers and those in animal protection very frustrated.

The couple who brought Olive and Popeye in were very unclear about where the dogs came from and what their behaviour was like. They just said that the woman had developed a sudden allergy and that the dogs were a nuisance. It is hardly surprising that two untrained adolescent dogs in a house would soon become unwelcome.

Despite being somewhat wild on his arrival, Popeye has become just about everyone’s favourite dog to walk. It is amazing how much a dog’s behaviour improves when he is getting regular exercise! Popeye is now wonderful on the lead. He trots along at your side, and is extremely attentive, especially if he thinks a treat may be on the cards. This could be thanks to his breed.

We know from DNA tests carried out on one of the siblings that Popeye is 75% labrador, and he has many of the breed’s traits. He is very affectionate, and highly motivated by food. This makes him easy to train and he is quickly learning all the basic commands.

After Olive was adopted, Popeye had to make new friends, and this proved to be no problem at all. He is currently sharing with one of the refuge’s timid (mistreated) border collies and helping to give her confidence. And he is happy to walk alongside any other dogs, no barking or lunging towards them, just a well-mannered slightly curious sniff.

Popeye is fine with children and non- reactive towards cats. He would be an ideal family dog and would make a great companion for walks. His sister Olive (who was adopted two weeks ago) is already walking off lead, and we suspect that Popeye will be equally biddable.

Adoption fees at the ScPA have recently increased to €190, but as he is a DRC hidden gem, we are happy to pay towards Popeye’s adoption. Just get in touch. And of course Popeye is fully vaccinated, identified and castrated.