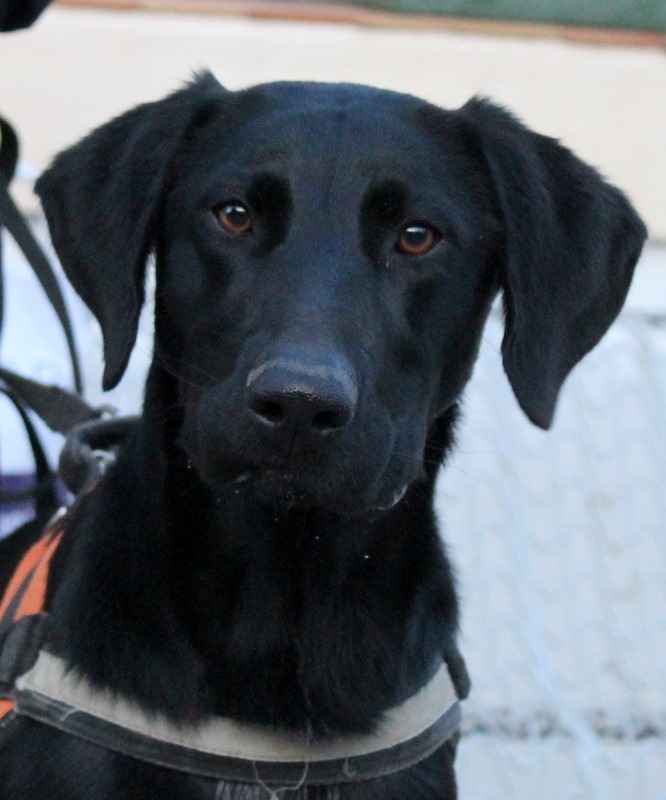 Today we give you the second in our series of hidden gems. As we said last week, the goal of these blogs is to draw some attention to dogs who risk not being noticed by visitors. This might be due to their colouring or their behaviour in their kennel. And sometimes it is just because we at DRC love this particular dog and want him or her to find a home in double quick time.

Prune has been at the refuge since the end of October. I was there the day she arrived; brought in by someone who had found her tied up in his village and who had kept her for a couple of weeks before bringing her to the refuge. During those two weeks he had not taken her to the vet to see if she was identified, and when it emerged that she was microchipped, there was hope that her owner would come to collect her, but alas not.

So although we do not know anything of Prune’s background, thanks to her microchip we know her real date of birth (15th July 2017), and her breed, or at least the breed her owner registered her as being (a labrador/braque cross). Prune is magnificent to look at. Mostly jet black but with a speckled grey bib, she is fairly tall and has a very regal look to her.

Prune already has good basic education; she will sit, she will lie, she gives her paw. She plays fetch and will bring you her favourite toy to initiate a game. She is very playful and hugely affectionate. Prune is fine with other dogs and is often mixed with several others for playtime in the parks. When I was passing by earlier this week I stopped to say hello to her and she pushed herself up against the bars so I could pat her properly.

This is the sort of dog, the sort of behaviour, that keeps a dog in your mind and gives you sleepless nights when the weather is bad. Prune has no business at all being in a refuge. She is an eminently adoptable dog.

Prune loves her walks and although she is often at the far end of her lead, she does not pull. A quick call of her name (and it is her real name)) and she is back at your feet.

Prune would make a great companion for just about anyone looking for a dog of medium to large size. I would say that Prune weighs about 30 kg or so, the perfect weight for her build. Yes, being a braque she will have a bit of the hunting instinct, but that is tempered by the labrador part of her, which keeps her close to whomever she is walking with.

Please share for our hidden gem, the lovely Prune. You can contact us here at DRC or the SCPA direct. Or if you are unable to adopt her yourself, please share. 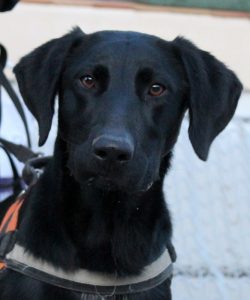