A love story and 3 adoptions!

When Suzy started volunteering at the SPA in April, little did she know how much her life was going to change in so many ways.

One of the first dogs she walked was Belle, a large Shepherd cross who arrived at the SPA last September when she was 8 years old. Belle was not a dog many volunteers chose to walk as she was strong and quite reactive to other dogs too.

One Saturday, after their walk Suzy was putting Belle back in her kennel when Belle decided that a free run around the refuge was a much better option and pushed past Suzy, who fell and badly hurt both of her wrists. Belle was captured and Suzy was taken right to casualty where it was discovered that she had broken one wrist and very badly sprained the other. As you can imagine such injuries were very debilitating but nonetheless Suzy is a determined lady and somehow managed to email us the next day saying it was her fault and not Belles!

Despite being in significant pain and discomfort, Belle was always on Suzy’s mind and as soon as she could drive again Suzy was back at the refuge asking to sponsor Belle, buying her a scalibor collar, an easy walker harness and giving her cuddles in her kennel.

Eventually Suzy was given the all clear to walk Belle again and after the first walk decided to reserve her. Only one more obstacle to overcome was the fact that her landlord did not want Belle on the property!

Hey ho…this was nothing to such a determined lady, who simply moved house to somewhere who accepted dogs and whilst this was being organised came and took Belle on days out so that she and Belle could really get to know one another.

Last week Suzy moved house and also adopted Belle yesterday.  I have lots of respect for this brave and strong lady who despite everything, has changed her life for a dog that she loved!

Be happy Suzy and Belle..you two really were meant to be together!

Today we had three adoptions. One pup, one senior and Zara. First to leave was Chapati our 6 month old terrier cross followed by the adoption of Xenon.  Its always heart-warming when an older doggy leaves and Xenon was 9!

Zara arrived at the refuge with her 3 siblings. All were timid and needed time to build up their confidence. Today Zara was the first to leave and one of the others is reserved and will be leaving for the UK soon!

Belle…you are a lucky girl! 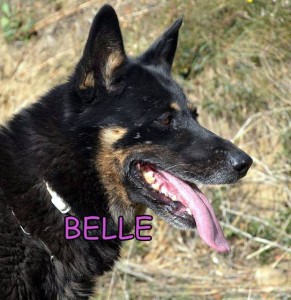 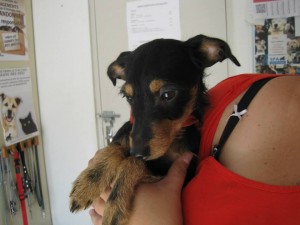 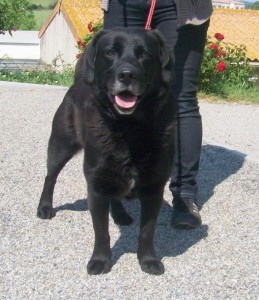 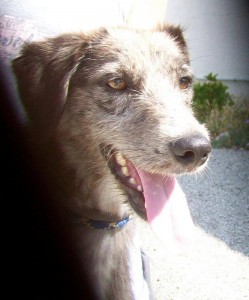