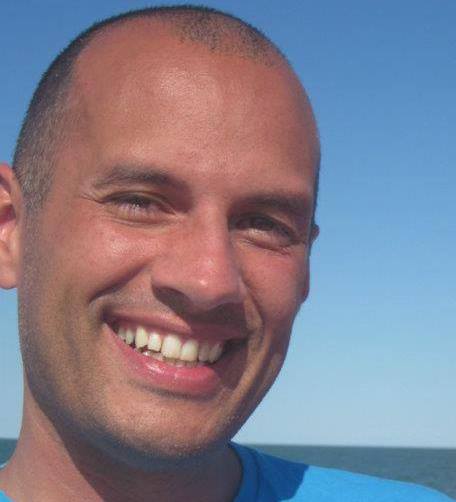 Tonight we have a guest blog, so without further ado, I will hand over to Jane. Her words speak for themselves, so I will just say a very big “Thank you” to all concerned, and our sympathies once again.

For nearly ten years now I have had the good fortune to be a member of a very special online community of some sixty plus wonderful men and women. Brought together by our love of food and cookery, we stayed together via various forums and Facebook by our mutual respect and genuine friendship, despite the majority of us never having the opportunity to meet. Two weeks ago, one of our members died suddenly leaving us all grief-stricken. Darren was a gentle, sweet and generous soul who had an affinity with dogs. He once told me ‘I am almost embarrassed by how much I love my dog – almost…’

Once we had got over our initial shock we knew we had to do something meaningful to honour this incredible man, and asked his partner for suggestions. It was easy – Darren would have wanted to help a dog refuge and I was suggested as the person who might know of a suitable rescue centre. Well, I certainly did. I have been associated with the SPA for a few years now; I adopted my dear, quirky Rookie in March 2012, and try to do what I can to support fundraising events. I have seen first hand how hard the staff and volunteers work to care for their dogs, with all that this involves and well as lavish as much love on them as they can. They are miracle workers!

So my friends and I decided to sponsor an SPA dog in memory of Darren. Rowan helped us chose Gus, a beautiful laborador cross who was brought to the refuge because he had been badly mistreated. Left tied up on a short rope to starve, he arrived at the SPA in a very sorry state. Covered in fleas and ticks and half starved. Desperate to escape, he had rubbed his face and ear until it was raw and bleeding. When Rowan told me how gentle Gus is, despite all that he has been through, I knew that he would be the perfect dog for us; the word we have all used to describe our dear friend was ‘gentle’. It seemed fitting.

Sponsoring an SPA dog is incredibly easy; once we had decided all we had to do was inform them of our choice and they did the rest. The sponsorship turned from an idea (thank you Evie) to received funds in a matter of hours. The SPA (via DRC) are keeping our donations separate for Gus and we will decide how they are spent. The top of our list, once he is well enough, is to get him castrated.  This way he can be integrated with more dogs – his time spent at the refuge more enjoyable and he’ll be a more attractive prospect to potential adopters. It’s our great wish that this sweet boy is rehomed to a loving family, as all dogs deserve, and in the meantime we hope to help make his stay at the SPA as comfortable and happy as possible.

Sponsoring Gus has given us a purpose during our grief – we feel that we are doing something positive and worthwhile to remember our friend. We hope you are proud of us Darren; we miss you dreadfully but we will do our best to make a difference for Gus in your memory. 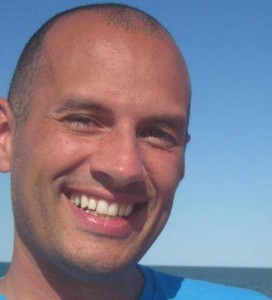 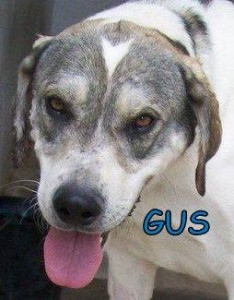 And Jane’s dog Rookie- just because Darren loved him 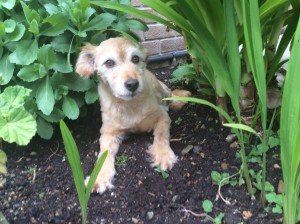