Today brought joy to little beagle Ambre, who left for her new home.

She was one of the 6 hunt type dogs who arrived together at the beginning of March. Like her brothers and sisters she is a fabulous young dog, and at less then 18 months old (estimated), had every chance at finding a new home. Of course there are lots of fabulous dogs at the refuge right now. But as we always say, it is just a question of the right people coming at the right time. And it certainly looks like Ambre has fallen on her feet big time!

Her new owner is training to be a canine osteopath and will be able to take Ambre to her college with her. Not only that, Ambre will have a German Shepherd as a pal, so she won’t miss her ScPA kennel mates too much, if at all. 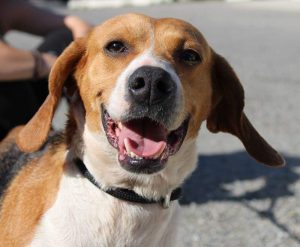 A dog who was brought in yesterday and who attracted a lot of attention on Facebook was reclaimed. She had been named by the ScPA and much to our amusement her real name was Lady. So they were in the right subject area, they just promoted her in rank a little bit!

Lady’s owner was very relieved to find her safe and well, and this shows yet again the importance of identification, and crucially, keeping your details up to date on the database. 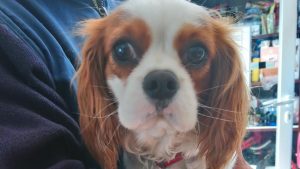