I was just about to post Barbara on the DRC website, adding the words that a dog of this size and this sweet was sure to be adopted quickly and that anyone interested should hurry up. Before this was even on line, Barbara was off to a new life. Yes, some dogs spend very little time at the refuge, and young small sized females seem to be the quickest to leave.

Barbara’s new family came to meet her earlier in the week and to introduce her to their golden retriever, Laika. The two dogs got on fine, and today was D Day. Barbara has now been renamed Nala (for the time being at least) and is busy settling in to her new home. 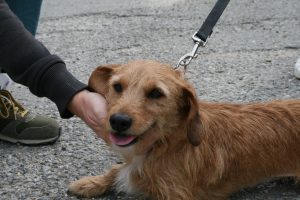 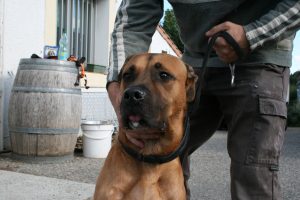 2019-10-17
Darcey Dyson
Previous: Adoption of Belle and Chausson
Next: Adoption of puppy Crocs and socialising in the sun