Adoptions of Goupil and Google

First to Goupil. This gorgeous lad arrived arrived exactly ten days ago, unidentified, it almost goes without saying. One has to wonder where he was before arriving at the refuge; is there a family somewhere missing their beloved dog? Who knows.

One thing is sure though, Goupil’s new family, who reserved him during his pound time, were mightily relieved when today came around and they were able to take him home. This ten day period is fraught with nerves! As for Goupil, his time at the refuge will soon be forgotten as he starts a new life together with two children who are absolutely delighted with their new companion. 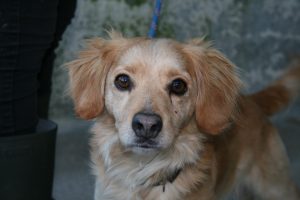 Today’s second leaver has spent more than ten days at the ScPA. Google was brought in for rehoming at the end of November, due to family illness. However as he was brought in in a responsible manner, we knew a lot about him. We knew, for instance, that he is good with other dogs and children, and that, although he has lived with cats, he would rather not. He has hated his time at the refuge, as up till now he has known nothing other than a loving family home.

Today Google, now renamed Sky, has left for a wonderful life. He will be accompanying his new master everywhere. He will be riding on the tractor and looking after vineyards…when he is not lolling around in front of a fire, that is. 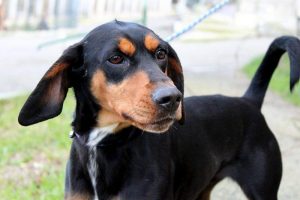 The week has not been exactly full of adoptions so far, but even a steady trickle of leavers helps to keep spirits up. We have had a couple of reservations too, so more good news to come later in the week.