Adoption of Idefix and Pepito!

Three pieces of good news today. Firstly yesterday Denis was reclaimed by his owner after 11 days at the SPA. It seems incredible to us that an owner could leave a dog at the SPA for so long. However that is because we all know about the SPA. For many people, especially those who live a long way away, the SPA does just not come to mind. Denis’s  owner had put posters up everywhere, but it was only yesterday that he thought of paying the SPA a visit. Still, all’s well that ends well and now, of course, Denis is identified. Had he been so earlier, the SPA would have been able to reunite him with his owner immediately.

Now to the adoptions. First to leave was Idefix. He only arrived on Saturday, and as he was fully vaccinated we were able to take him out on walks from day one, safe in the knowledge that he was protected from illness. It is traumatic enough for a dog who has had a loving home to come to the SPA, without his having to remain locked up for three weeks until his vaccinations are up to date. He is not the only one, of course, and if you are obliged to give up your dog for rehoming, we strongly recommend you follow suit It makes for a much happier dog, and possibly quicker rehoming, as dogs can go out to meet people and play in the parks.

Idefix is one of those dogs whom we could have homed many times over. Even after he left, we had three more families come to meet him. However it was volunteer Martine who was the first to reserve him, and of course she will give us news, which is always great.

Next up we said goodbye to Pepito. He is a very lucky lad. Okay, he had to spend a week at the SPA before finding his new home, but before that all he had known of life was 18 months on a balcony. Many thanks to the SPA supporter who rescued him. He is another dog whom we could have homed many times over. Pepito’s new family has been along to walk him several times already, and we are sure he is going to be loved and spoiled, which is exactly what he deserves!

We have had some new arrivals, but the sun was out and so were the volunteers, so it was a good day. 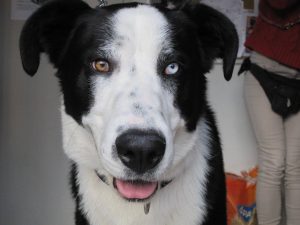 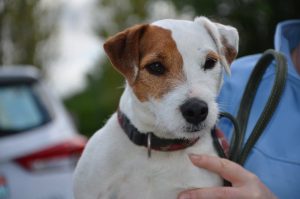 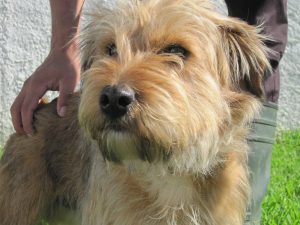