There was a good start to the week with the adoption of spaniel cross Jasmine. She was one of four presumed siblings who all arrived towards the beginning of July. Prunelle has already left, and Ben and Jerry are still waiting, but two out of four isn’t bad. It is not surprising that it is the girls who have found new homes first. For some reason the refuge always seems to have fewer females than males. But we hope that Ben and Jerry will soon have the same good fortune as their sisters, not to mention all the other dogs who are waiting of course. 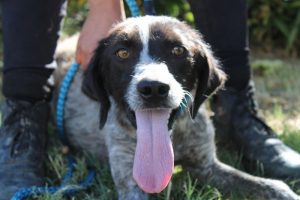 There was also a super reservation, and two further dogs who arrived today were reclaimed. Kaiser is now identified, and Cabu, who was already microchipped, was happy to leave the refuge too. 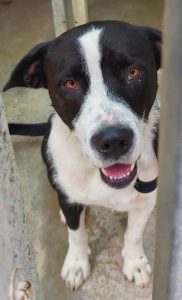 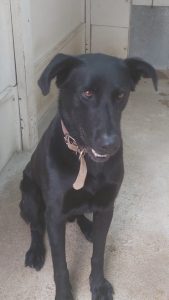 So a quick blog from me tonight, but with the prospect of more adoptions to come.

2019-08-19
Darcey Dyson
Previous: Two Sunday adoptions and a quick catch up
Next: Celebration Time, Come On!