Adoption of Kitana and Loupiotte

There were two more adoptions today, meaning that it has been one of the best in terms of numbers leaving for some time. Long may it continue!

First off today was Kitana. She arrived in September with dogue Argentin Gino, and is although initially we thought they would be at the ScPA temporarily, the green light was given to find them new homes. This is great news for them, and it is even better that Kitana’s time at the refuge has been a relatively short one. Let’s hope that Gino’s turn comes soon, too. 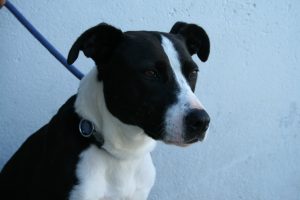 Next up was little Loupiotte. She is a very small terrier cross. In fact she looks like she could be long haired jack russell, except so far she doesn’t seem to have the “feisty” gene. It is not surprising that a dog like this; small, fluffy young and female, should find a home quickly, and indeed Loupiotte has been at the refuge for just two weeks. 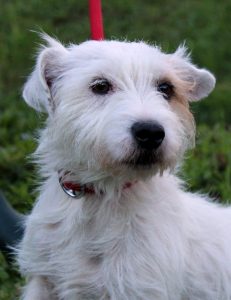 So we say goodbye to two more lucky dogs and as ever, hope for yet more good news this weekend.