What was that we said about paying for a good Monday later in the week? Well it happened again. Monday’s calm was followed by three entries on Tuesday and a couple more today. Of the new arrivals we would particularly like to draw your attention to Leila, who arrived microchipped but had changed ownership since being identified. It is anyone’s guess how many puppies she has given birth to in her relatively short time on this planet, but now she has been officially abandoned, those days will be over.

You see, sometimes the SPA is the best thing that can happen in a dog’s life. Before he or she finds her new home, that is.

One little girl did find her new home yesterday. That was Malice, who had been at the SPA for three weeks. As a young pup she was living in the special isolated area of the newly built infirmary. She was just on the verge of joining the fully vaccinated dogs outside when her luck turned!

So this little girl escaped the refuge before ever knowing about life behind bars. If only all our dogs were as lucky…..

New arrival, three and a half year old Leila 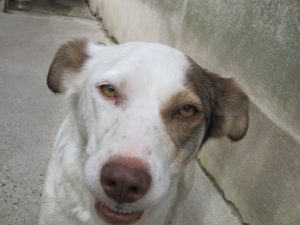 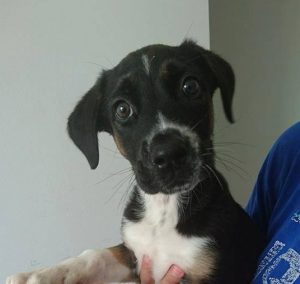