Adoption of Moon and Ruben

Yesterday was even better than we thought, as there was another adoption which for one reason or another failed to make the blog. Just a couple of weeks after being returned to the refuge, lovely Moon was rehomed. She was one of five dogs who arrived together at the beginning of 2018, and when she was the first to be rehomed, everyone assumed that would be her sorted for ever. Sadly it was not the case; her new owner changed jobs and had no time for Moon.

The ScPA was sad to see her back, but that has changed to happiness now that Moon has found love once again. She is a fabulous girl, fine with other dogs, fine with cats and fine on the lead. This time surely she has found her forever home! 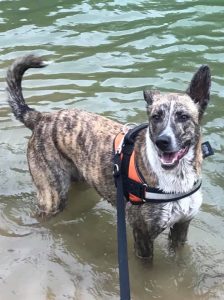 Another dog who left yesterday was Pandora, who arrived identified under the name Staffia. Yesterday was day 10 of her pound time so her owners were cutting it a bit fine, but of course it was wonderful news that this greying black labrador was reclaimed. 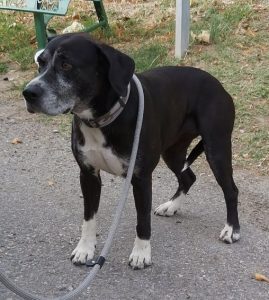 Then today it was the turn of little Ruben, a young pup who was found and brought to the refuge some three weeks ago. As a single pup this young lad has not been very happy; it is tough for the youngsters to be alone, but important that they are not exposed to disease. The last week or so has been far better for Ruben, and today even more so, as he has left with his new family. 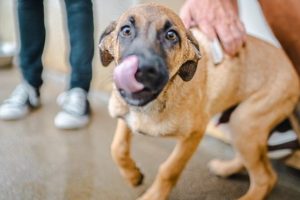 The sun was shining and there were plenty of volunteers out walking the dogs. So it was a good end to the week, with hopefully more good news on the way.