Adoption of Paco, Missy and Lost…

Well, today was certainly a busy day at the refuge. We have the adoptions of Paco, Missy and Lost and then Gaspard found a foster home!  After that tiny Fry was reclaimed so thats 5 leavers…what a day!

We will start with the youngest. Puppies Pepsy and Paco arrived at the refuge about 2 months ago. victims of neglect. Pepsy was adopted last week leaving poor Paco waiting on his own. Luckily he didn’t have a long wait and left today to live with another dog and 9 cats! 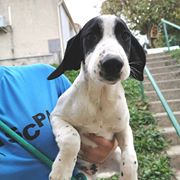 Puppy Paco has a home at last!

The next adoption was that of little Missy. Missy was found and brought to the refuge. After her 10 days pound time, she was adopted by the person who found her. I know some people will wonder why she bothered bringing her in if she was going to keep her. Well this was absolutely the right thing to do, When you find a dog it’s not finders keepers, someone may be distraught and looking for their dog! 10 days pound time gives owners time to reclaim their dog. 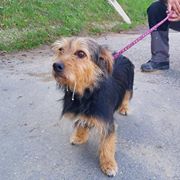 Missy is off to live with 2 other small dogs!

Next to leave was Lost. This is another dog who was reserved soon after arriving and has left soon after his pound time was up. Lost is off to a family with another dog so he will have a friend to help him settle in. 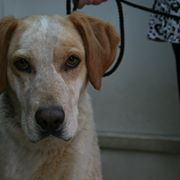 The next boy to leave was Gaspard, a lovely but poorly German Shepherd. He has at last found a foster home where he can have the tlc that he so needs. A massive thank you to the family who have taken this boy in! 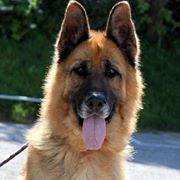 Last but not least, little Fry was reclaimed by his owners. That’s only1 night he had in kennels..another lucky boy! 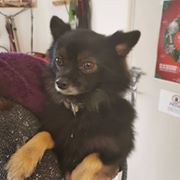 2019-11-09
Moira
Previous: Happy Huskies (or A dream comes true for Nilo and Oaka)
Next: Nervous about adopting a dog with Brexit looming?