Adoption of Puppy Érable and Mia

Today the ScPA said goodbye to the second of the “Ebony” litter.  This time it was a little girl, who had been named “Erable” (ie Maple) at the refuge, but who is now going to be known as Loulotte. Her new family are young retirees with a cat, lots of time, and some grandchildren. Sounds like a perfect life for this little puppy, and everyone is delighted for her. 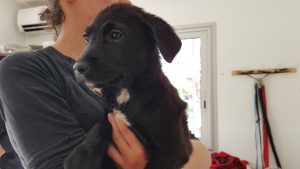 Today’s other leaver was border collie Mia. She has been with us since the middle of April, and as is so often the case she was not identified. However it turns out that this dog had owners who loved her a great deal. They were pleased to find out she was at the ScPA and came to adopt her today. So this lucky girl has left with a family who know and love her! She is a fabulous and well socialised dog, and we are all pleased that she has left the refuge so soon. 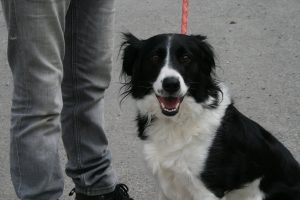 There will be at least one puppy adoption taking place tomorrow, so see you then!