Home / Life After The Refuge / Adoption of Thea…

It’s always nice when someone who has adopted from us before comes back for another dog.  Today’s lucky leaver Thea, has gone to live with Bella who was a tiny pup called Cappucine when she was at the ScPA.

Thea arrived with brother Tom just over two weeks ago. They were quite a sticking pair in their kennel but as soon as the 10 day pound time was up they were separated to see how they were with other dogs.  Bother were very sociable and even although they shared their kennel with different dogs they got to play together in the parks in the afternoon. 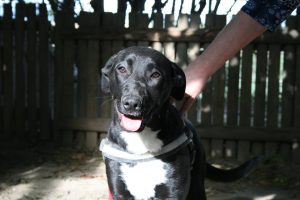 It’s difficult to choose a second dog and often it’s your own dog that will make the choice for you. Sometimes the dynamics between dogs can be different than expected and can be quite surprising too.  It’s always worth bringing along your own dog as no matter how sociable they are sometimes there is just no reaction between the dogs. Now that is, of course, better than aggression but I do like to see a little spark of interest. It’s often much better to take the dogs on a walk outside of the refuge. That lets both dogs relax and get to know each other in their own way. 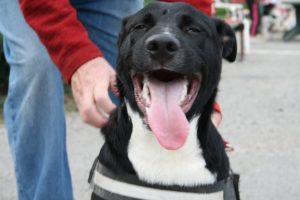 Let’s hope that Tom, Thea’s brother doesn’t have a long wait. I doubt it as he is a super sociable young lad who loves to play.  So if you are looking for a young playmate for your dog, Tom might just be the one! 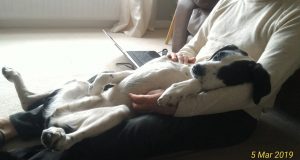