Home / Latest News / Adoptions and news of old (and not so old) friends.

Adoptions and news of old (and not so old) friends.

Today two puppies left the refuge, adorable Wendy from the Neverland litter, and the first of the Vampire Diaries pups, Demon. Fabulous news for both of them, but I wonder why no one wants Peter Pan, who is just stunning. Just as well that we don’t all have the same taste in dogs, though!

A beautiful border collie arrived this morning, found unidentified in Carcassonne. He is sure to find a home soon, unless his owner comes first (and is willing to have him identified, of course)

Today I want to show you a picture of Gwen, who celebrated her 4th birthday on Tuesday. She was at another refuge and was on the list for the one way trip to the vets when the SPA Carcassonne intervened and saved her and four other dogs who were programmed for euthanasia. Gwen was terrified of her own shadow and was taken home to the calm of volunteer Val’s house. Several weeks later she caught the eye of a Fauve de Bretagne-loving couple in the UK, where she is flourishing. So happy birthday Gwen and thanks to Anita and Phil for seeing the potential of this dog and loving her as much as you obviously do.

Other wonderful photos arrived of Ugo and Uta in their new home. They too are adored and it is incredible that a mere 3 weeks ago these two elderly dogs were at the SPA with very little prospect of ever being adopted. What is even more heart warming is that Diana suffered a severe allergic to the dogs when they first arrived, and was put on huge doses of anti-histamines. It turns out that the allergy was probably caused by the shampoo that was used to wash Ugo and Uta before they left the SPA. But Diana stated categorically that even had the allergy not gone away, she would have never brought the dogs back, even had it meant having an injection every day.

When you consider some of the pathetic reasons people give for returning dogs to the refuge, you have to wonder how members of the human race can vary so much! 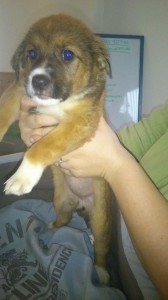 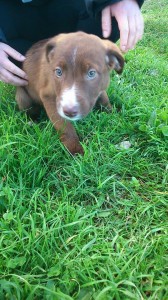 Peter Pan – I NEED A HOME TOO 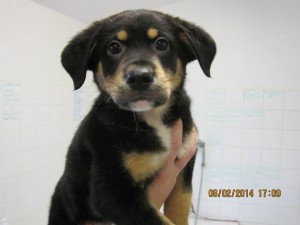 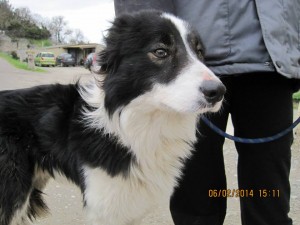 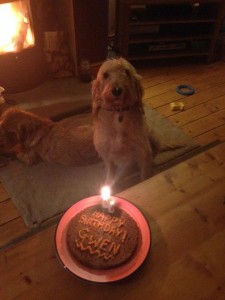 And Freedom for Ugo and Uta! 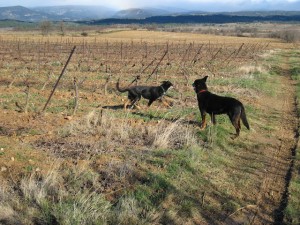