The day’s first departure took place before the refuge had even opened, as today was the day when beautiful setter, Grace, left for her new home in the UK. This is exciting news as she is the first dog who has been adopted as a direct result of the DRC Instagram account, which we spoke about last month. Grace’s new family are among the people who follow us on there. Or rather their dog, Manny (ex Simpson) does. He was adopted from the ScPA some 4 years ago, and as you may  have guessed, his owners are very happy with him.

They saw a couple of photos of different dogs on Instagram and contacted us to ask some questions and advice. They selected Grace, as they worried that her status as a three-legged dog might hinder her adoption chances. In fact this is not always the case, and had Grace been good with cats, she would have the left the refuge long ago. But John and Sheridan have no cats, so it worked out perfectly. 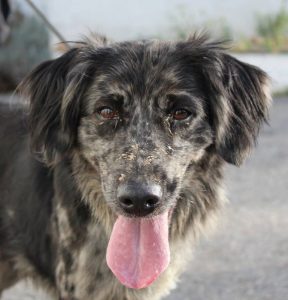 Grace – ADOPTED and on her way to England

TRACES documentation was obtained earlier in the week and this morning our friends from For the love of Dogs and Cats came to take Grace to her new home. As for Manny, his Instagram account will soon show photos of him with his new playmate, so you can follow all the fun. Many thanks to John and Sheridan for trusting us to find them a second dog; we are sure you will adore Grace.

The day’s good news did not stop there. Our two recently arrived border collie pups, Potter and Albus also found new homes. These two arrived on consecutive days and are about the same age. Both are fabulous dogs, quite calm and very well socialised. It is great that neither of them has very long to wait before finding a new home. And both look like they have hit the jackpot, each finding border-savvy homes, and in fact Albus will even have some sheep on whom to ply his trade! 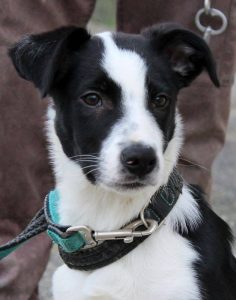 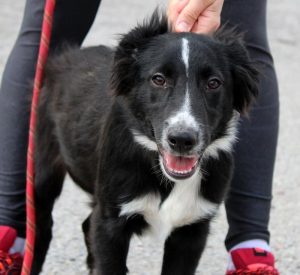 We then had the surprise adoption of the day. After almost eleven months at the ScPA, Nairobi found a home. He and his pal Chippeur arrived as unidentified dogs when they were just under two years old, and until now it looked like they were going to remain invisible. There are some really wonderful dogs who just seem to get overlooked; not surprising when you see how many dogs there are waiting for homes, but sad nonetheless. However Nairobi’s long wait is now over and we wish him much happiness in his new home. 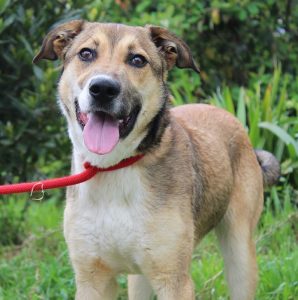 A small dog who arrived this morning was reclaimed, and we had two reservations, so it was a happy day.