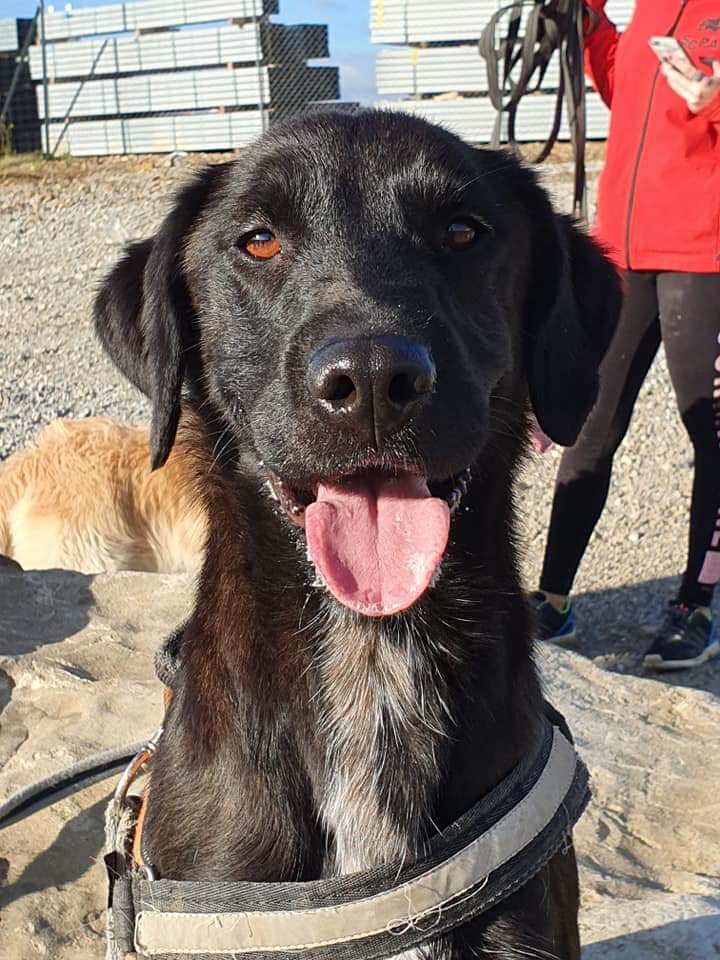 Despite not having a litter of adorable pups to home this week (luckily), it was another bumper one for adoptions. As well as the four dogs who are now settling in happily to life at Animal Trust, the ScPA said goodbye to a further 12 dogs. And several of them are thanks directly to DRC and our ever-growing network.

Kéops’s story was shared on Wednesday as a hidden gem, and as was the case with the two previous hidden gems, he now has a new home. Unlike hidden gem Prune, who also found a home this week, Kéops has a number of behavioural issues, most specifically acute separation anxiety. So it was important that the person adopting him was well aware of the work that adopting him would entail. But on Friday Kéops found what looks to be the perfect home with a very experienced owner and three other dogs and who will give him the love and stability he needs.

Prune was just about as perfect as a dog can be, but that doesn’t mean she should be adopted with less caution than any other dog, and we were delighted when she left with a fabulous family who have been looking for a new dog via DRC for a while.

The third dog was actually thanks to the lovely ladies who set up LangueDog, where anglophones can discuss all things canine. A gentleman asked for advice on how to adopt in the area, and so many people wrote of their positive experiences with the ScPA and DRC, that he decided to bring his family to meet Lana, one of the many dogs who has just been unlucky up to now. Her luck has well and truly changed; she has an enclosed garden and will have plenty of walks; no time to get bored and head off into the wide blue yonder. Many thanks to Henny and Yvonne for setting up LangueDog, this one is down to you!

Other lucky leavers this week were gorgeous spaniels Nugget, and Gypsy, whose daughter Volga left last week. Wonderful that she didn’t have too long to wait before finding happiness. She just has to learn to leave the family hens alone and all will be well.

Other adopters this week were little terrier, Ouille, bichon cross Vernon (who has gone to live with ex ScPA dog Zara), elderly lady Albertine plus two dogs who had been brought in for rehoming as opposed to having been found as strays; sharpei Tiger, and huge labrador cross Gnocky

Another puppy (a lone one this time), Mamba, was adopted, as was Fido, who has waited for this moment for a long time; 16 months, in fact!

Lazare has gone to long term foster again, and has got a new lease of life thanks to the family’s other dog, with whom he is playing non-stop.

That is two super weeks in a row; it really does seem as if Christmas has brought a little bit of magic to the refuge!