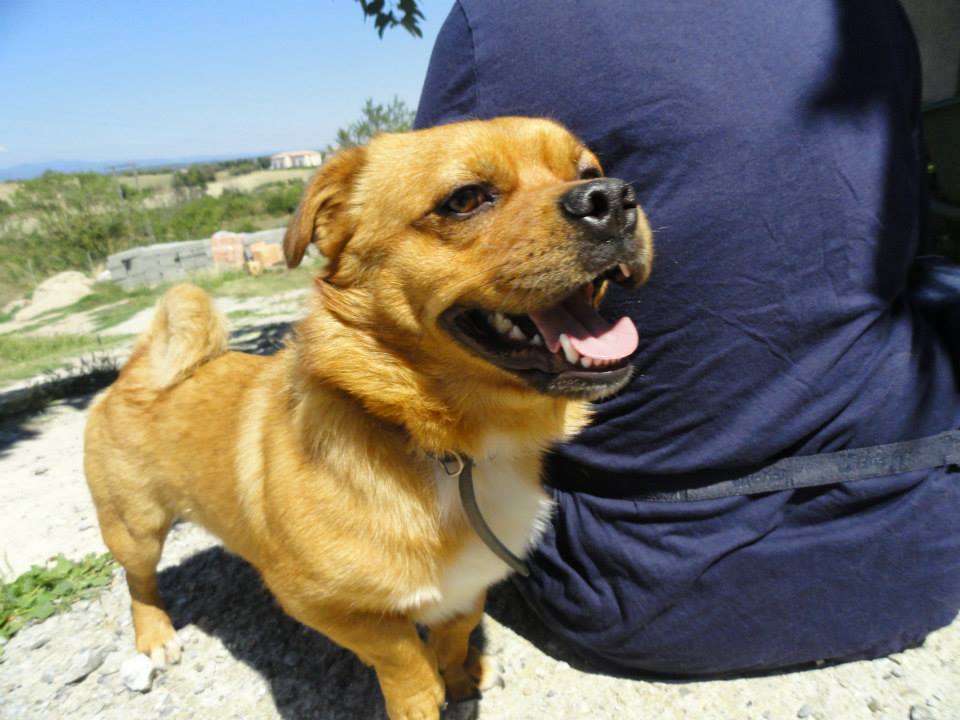 The afternoon did not get off to the best of starts, as we saw the return of Bernie. For people who are confident with dogs, he is not at all imposing, but apparently he is very particular about whom he likes. He likes me and everyone else at the refuge, but apparently he was not quite as happy out of the SPA. It did not take long for the mum to lose confidence in him (did I mention that he looks like a big strong dog, even though he isn’t?), and the situation escalated to the point where everyone except dad (and the cat) was afraid of Bernie. So this little dog is once again available; we are recommending that he go to a family without children next time, just to be safe.

Each failed adoption teaches us something about a dog, and at least Bernie didn’t spend so long away that coming back to us was too traumatic. And there is definitely someone out there for Bernie, we just know it!

So from one of my favourite dogs to another, but one who had far better luck with her adoption. Many of you will remember Callie, who was abandoned along with a pedigree chihuahua and adopted in January 2013. As with many other dogs we get pictures of their adventures and I just had to share this photo with you. Perhaps this is not a normal place where one would expect to find a dog, but I think it makes a fine addition to any garden! Thanks for the photo Sam, it brightened up our day.

In other SPA news we had the arrival of an identified dog, so we will see if his owners collect him, if not, you will be able to see photos of him soon, and believe me, he is a stunner!

Tomorrow is Saturday, so with any luck the refuge will be busy and we will have lots of adoptions. Fingers crossed! 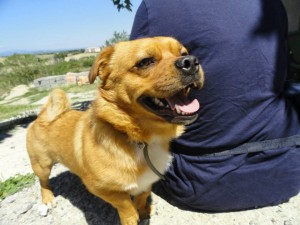 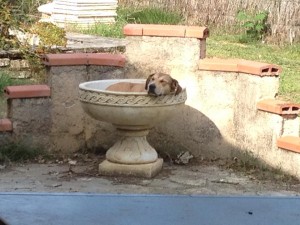