Last night just as I left the refuge for the evening, an elderly labrador was brought in. I quickly took some photos, sad that another old dog had arrived. The photos went onto our Facebook page and the dog’s owner posted immediately to say that she would be in to collect him today. How I wish it was like that every time! Rox was tattooed, but during his 14 (yes, 14) years, the tattoo had faded. Carole must be very disappointed not have a day of scouring the “possibles” on the central database, using question marks for the illegible digits. Sometimes Facebook is wonderful!

And that was not the only good bit of news today: Three dogs were adopted, all of whom had names that begin with the letter C! (for those of you who were wondering what the title was about!)

Just over a week ago, when she was abandoned due to the illness of her owner, we had real worries for Canelle. This dog had spent eight years in a loving home and was very upset at finding herself at the refuge. We were worried that her age would put people off, but not a bit of it. Just 5 days later Canelle had caught someone’s eye and yesterday she was sterilised prior to leaving for her new home. In fact (and we haven’t told her this, as we don’t want her to get big-headed), quite a few people expressed interest in her. I hope some of the other potential adopters will consider our other elderly dogs; Canelle is not the only one in need of a home!

Another wonderful piece of news today was the adoption of Chino. He has not been with us for long, but he arrived with a malformation of the eyelid and I am sure this is why he was dumped at our door. Initially nervous, a move to the cat house was all it took to show this little guy’s true colours. And a minor operation later meant he was ready for his new home!

And there is more: Our chubby little puppy, Cubby was adopted too, leaving Peter Pan and Wendy together in Neverland for the time being! Not for long, I am sure! Pups as cute at these two should soon be adopted.  And photos of our four new pups have just been uploaded to Facebook, too! The Vampire Diaries Litter!

A good day at the refuge! 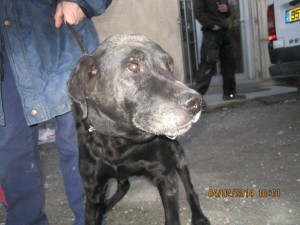 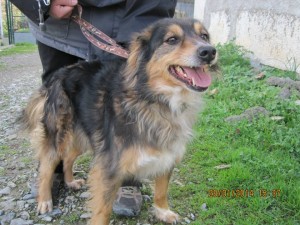 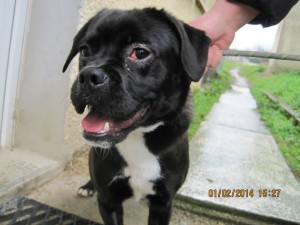 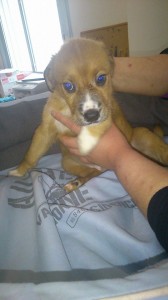 2014-02-05
Darcey Dyson
Previous: Joey Star leaves and Moira and I have a laugh!
Next: Adoptions and news of old (and not so old) friends.