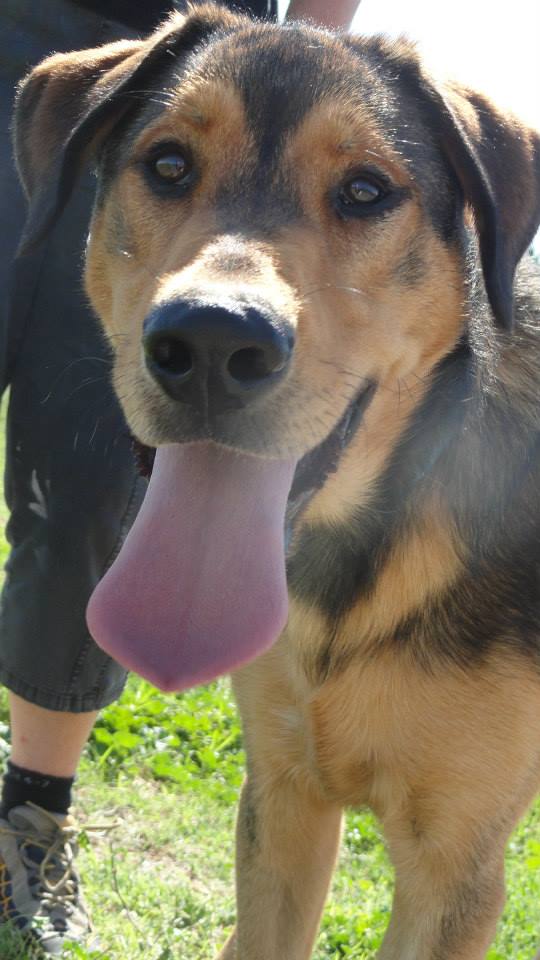 There is a really strange phenomenon that sometimes takes place at the SPA. We have no name for it, so if you can think of one, please let us know. What happens is this: nobody pays any attention to a paticular dog, and then all of a sudden it is like a button is pushed, and everyone wants him.

The couple who took Nina on Tuesday had come to the refuge with the intention of adopting DJ. Their dog, Berlouf, had other ideas, and so they left with Nina. Then today another family came to see DJ, and things went much better with their dog (Hansel, adopted from us too), and DJ went off to his new home. How strange is that; nothing for five months, then BAM, two potential adopters in one week.

We are all very happy for DJ who arrived very subdued and with a bad eye infection. He has turned into a smashing fellow, and it is great that he has a home for Christmas.

His place was soon taken by a dog who has been extremely unlucky. I will not go into too many details, as a formal complaint will be made probably followed by a court case. This dog was found as a stray and taken to a place where he should have been safe before being brought to the SPA. Except that he was forgotten about completely and has been locked in a cage with no food or water for nine days. I am so shocked by this that I can feel my hands shaking as I type. Quite frankly this dog would have been better off on the streets where at least he could have gone through the bins to find food. Or perhaps someone would have brought him in. In any case, I can’t imagine an alternative that would have been as bad as what he has endured. He is safe now. I won’t say that is all that matters, but at least the torture is over for this boy, whom we have named “Forgot”

We also had the arrival of a lovely young dog who has changed homes more times than Imelda Marcos changed her shoes. Grignotte is identified but she has been given away several times since then, and it is time she found the home she deserves. She is young and sociable (Blacky is happy again!) and great with children. She would just like someone with a bit of time and space.

So a bit of a mixed day all in all. However there were quite a few dogs walked before the rain started. Again! 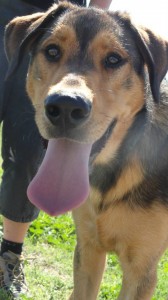 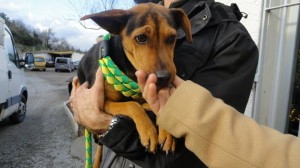 New arrival , Forgot. How could they??? 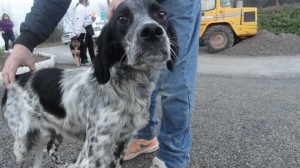 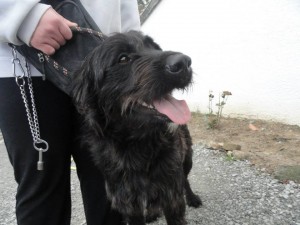