What a day it has been. Like the other organisers, I am quite exhausted, so this blog will not be a long one.

I just want to say a massive thank you to everyone who made today such a success. I hope everyone who came along enjoyed themselves as much as we did.

Not mentioned in previous blogs but key to the day’s success were Tony and Marcus. They not only made all the rosettes (20 of them) and certificates for the winners, but they also acted as meet and greeters, orgainising the lists of which dogs were entered in each category. This was a task not to be sniffed at, as there were a LOT of dogs at the event. They are both former head teachers, though, so took it all in their stride, and still had the energy to compete with their ex ScPA dog, Chester.

The judges had a hard time choosing the winners in many of the categories. Admittedly some of them were down to physical factors, such as length of ears, or height, but in most of the catagories it was necessary to choose from a stunning selection of dogs, many of whom were rescues. So many thanks to Roger and Shirley, for taking on such a daunting task. They were impeccably fair, of course and all the participants accepted their decisions with good grace.
Jessica and Jane helped the judges with the running of the competition, and we could not have done without them.

There was also ace photographer Marketa, taking action shots and also portraits of the winners. And further from the ring we had the bric-a-brac stall run by Chrissie and her friend Moira R (who, incidentally is here just for a week, but kindly gave up a day to helping out), plus the tombola which was in the safe hands of Karen.

Cai and Gill gave us access to their beautiful garden, without which the event could not have taken place, so huge thanks to them.

I  know this is starting to sound like the Oscars, but a lot of work went into the day, so forgive me. But we must remember that a dog show with no dogs is not possible, so thanks to everyone who came along with their dogs. You were all wonderfully good spirited and there really was a fabulous atmosphere.

I am hoping to be able to publish a full list of winners, as well as the total amount raised, but it won’t be tonight, that’s for sure. However here a couple of photos to give you a taste and the rest will be put on Facebook tomorrow, when I hope to be a bit more alive.

Thanks again to everyone, and we hope that this becomes an annual event, so if you missed this year, don’t despair! 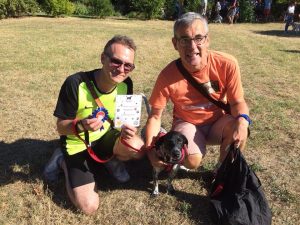 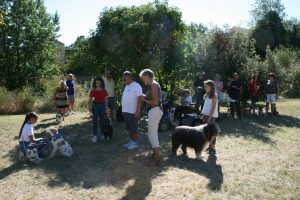 The junior handlers put their dogs thorough their paces 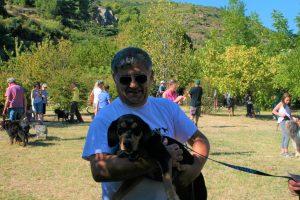