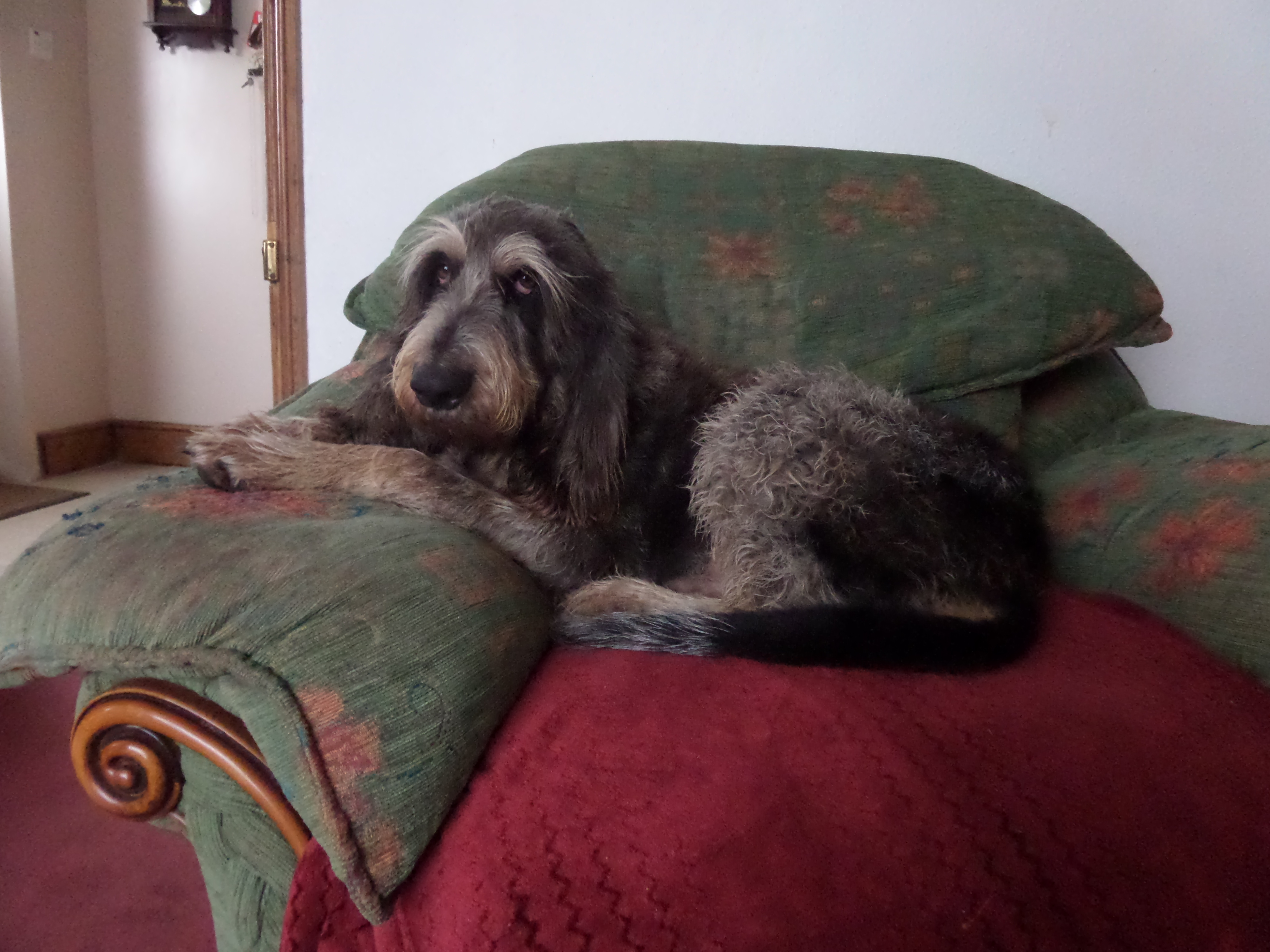 We have had Faro since 24th July 2016 after seeing him on the Griffon rescue site and falling in  love.   At first, he was very nervous about everything even other dogs.  Gradually at his own pace, he has come out of his shell, some would say too far out, he is quite vocal about letting you know what he wants.

Although he walks nicely on the lead he really doesn’t like anyone walking behind him even now.  As we do not know his history we have wondered why this was.  Recently he was at the vet’s with a suspected blockage in his bowel, he was given a scan and they found he had thirteen shotgun pellets in his bottom, so I guess this is the reason. (His bowel is fine now).

When we first had him he gobbled his food while watching our other dogs eat theirs, terrified they would take his, but now is much more relaxed.

This is the first Griffon Bleu I have owned and I don’t know if they are all as affectionate as Faro, he would let you cuddle him twenty-four hours if you had the time.  I have had several different breeds of dogs over the years but I have never known a dog look at me with so much love in his eyes. Obviously, he is a failed hunting dog, so he is a nose on legs, but enjoys his walks especially on the beach where he loves to lay down on the water’s edge.  He is a special little character and I wouldn’t be without him, it has been a long road for him but it has been well worth it.