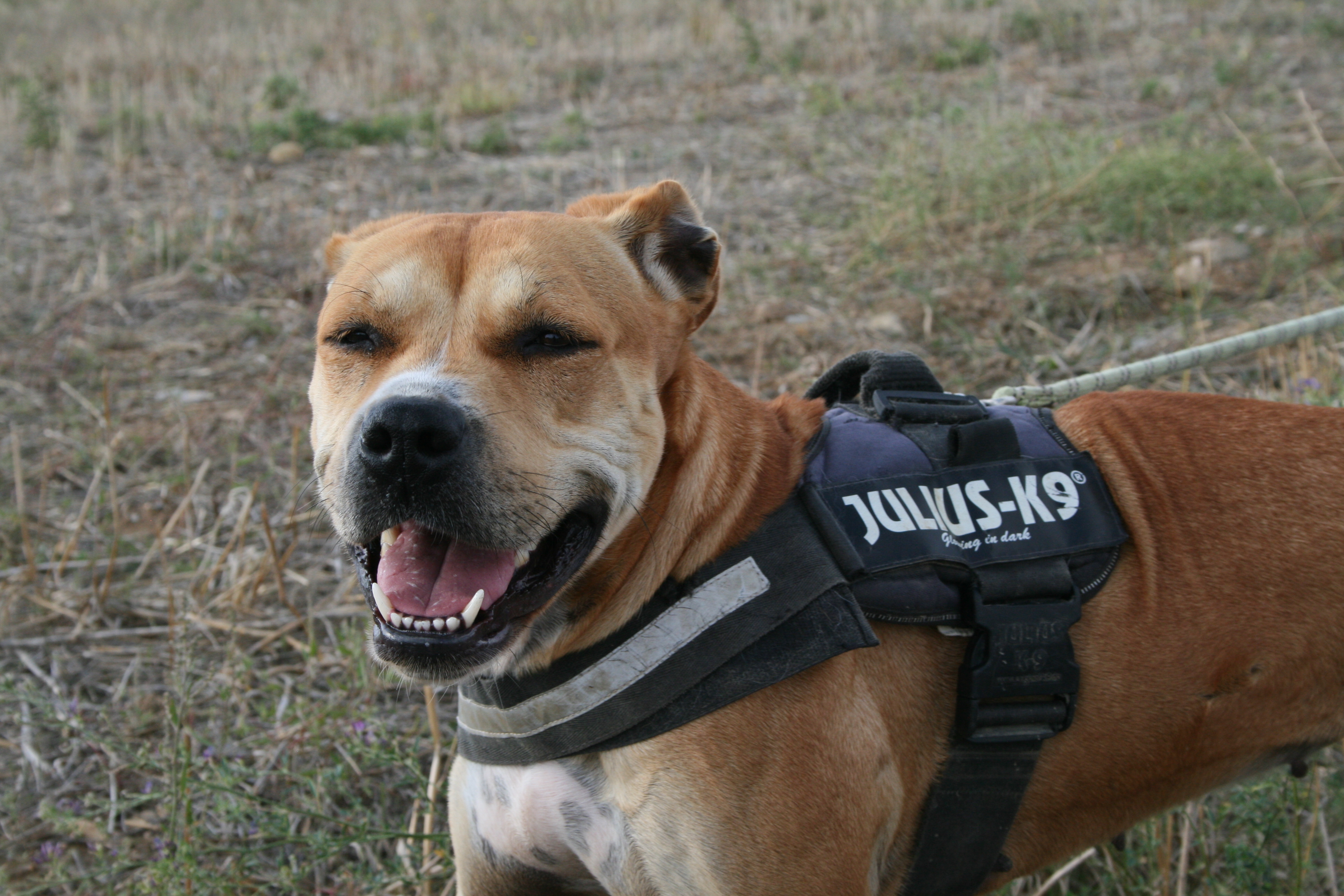 It was another busy day at the ScPA, but one which bore fruit, with five dogs leaving for new homes.

First off were the two pups, Loli and Pop. They arrived on the same day, and have both just finished their pound time. Loli is a very pretty tricoloured crossbreed who attracted a lot of attention when her photos were put on Facebook.  She left this afternoon with a family who were over the moon to be able to adopt her, and we wish them many happy years together. Pop is a small and very active lad who will bring endless hours of amusement to his new family, who were also delighted with their new family member. Thanks to them for offering a home to a refuge pup!

Next to leave was Tasmania. This girl arrived some five weeks ago and is a very lively one year old labrador cross. She sits demurely in her kennel and then surprises everyone with her incredible bouncing once out on a walk. Her new family fell head over heels with her, visiting several times last week and finally coming to collect “their little tasmanian devil” today. They know there will be lots of fun and games with this active dog, but her new dad seems more than prepared for the challenge ahead!

We then said goodbye to Naila. This rather chunky dog has been at the refuge since the end of April this year. She arrived with a plate in her leg following an operation, which implies that someone must have loved her, however, she was not reclaimed. Until his recent adoption she had been sharing her box with Flavien, and before the staff had found her a new kennelmate, she caught the eye of a family and off she went to her new home. We are overjoyed for Naila; she had  certainly had enough of being at the refuge, and we don’t blame her! Her new family have promised to stay in touch, so we look forward to seeing photos of Naila in her new life.

Last but by no means least was the departure of Zara. She is a rather matronly dog who arrived about a month after Naila. A calm, steady dog of some five years, Zara fitted in so well with refuge life that she became almost invisible. Fine with everyone, calm on the lead and very unassuming, she is one of those dogs who  does not attract attention. But as with all our dogs it is just a question of attracting one person, providing it is the right one! Zara left with her new family today! What joy!

We also had reporter Alain Galtier from Web TV Media H&M at the refuge and we took the opportunity to present to him (and hopefully the wider world) some of our dogs who have been at the refuge for years but so far have not had found a new home. Let’s hope today brings them luck as it has five other dogs!