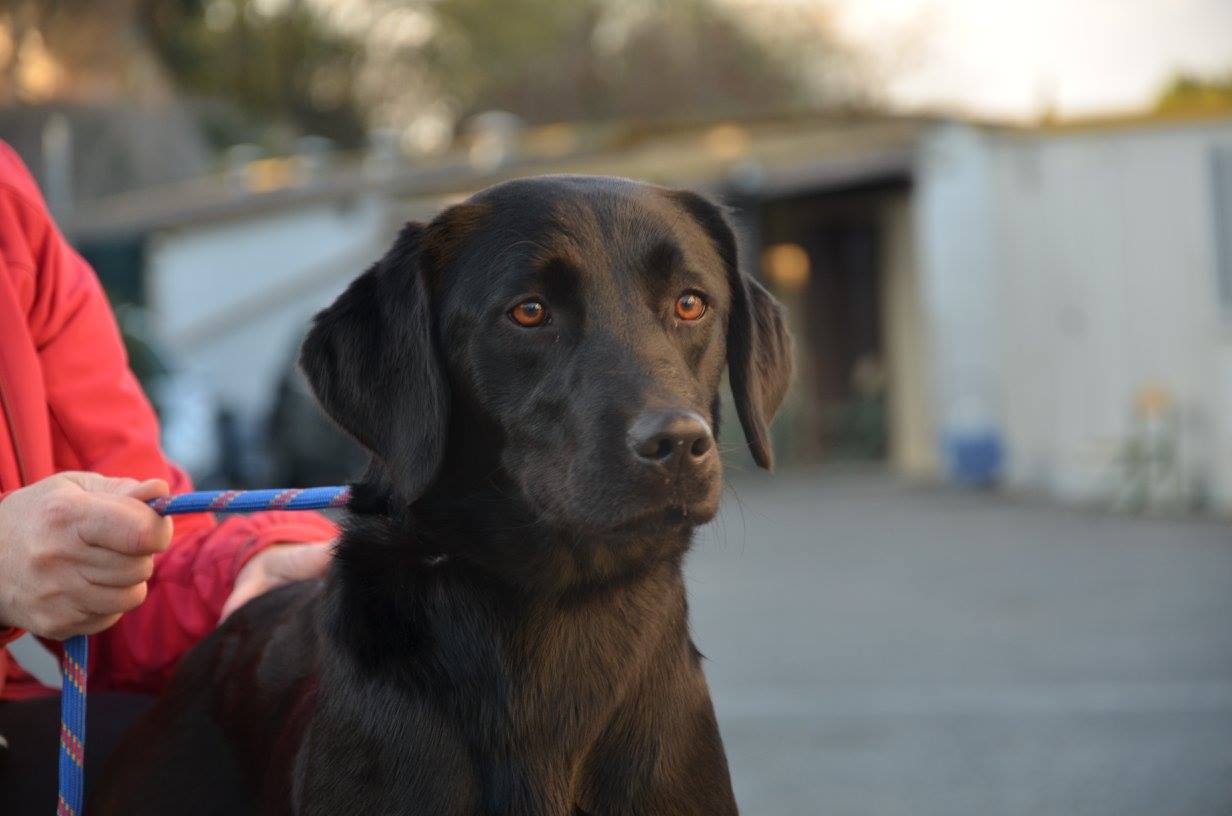 Well, we were hoping for a bumper end to the week, and we had one! Five adoptions have raised our spirits and this sad week has ended on a high note after all.

First to leave was Noelle. She was found at the entrance to the motoroway in Carcassonne at the end of November, and I guess we will never know her history. Was she lost accidentally by a family who was travelling through the area, or was she deliberately dumped in a place where she was likely to be found and taken to safety? If she wasn’t hit by a car first, of course. Noelle is a lovely girl, less than a year old and very sociable. She caught the eye of several people on line, amongst them Sue, who came to visit to confirm that Noelle was, indeed, the dog she wanted to share her life with. We look forward to news and photos.

Next we said goodbye to little Elliott. He has been with us for slightly less time than Noelle, supposedly found on a road and brought straight to the SPA, but by a family who had already given the dog a name and knew all his likes and dislikes. Make of that what you will. In any case, this little jack russell cross is good with other dogs and cats, as well as children. Today he left looking very pleased with himself.

Next a couple came to search for a dog, and took recently abandoned Jet out for a walk. He, you may rememeber, was abandoned recently due to his owners’ separating. Apparently not everyone fights tooth and nail to keep a dog when their circumstances change. Today’s couple asked lots of questions and said they would have a think. This is always wise, as taking on a dog should not be a spur of the moment decision. In this case, the period of reflection did not take long, and they returned at the end of the day to collect lucky Jet.

We also said goodbye to Ralf. He is a very lucky dog. He was abandoned last week by a family (I can’t recall the reason, one of the usual ones, divorce, moving house etc). They told us on the rehoming form that Ralf needs some socialisation. Errr, just a bit! Luckily for him some of his former neighbours came to walk him at the weekend and were able to reassure him. As Ralf had lived with children (which you would never have guessed from his behaviour in his kennel), he seemed perfect for the family who came along looking for a child-friendly malinois. So Ralf is off and rather wonderfuly his former neighbours were at the SPA today and were able to meet Ralf’s new family. We wish them and Ralf much happiness.

Finally today we said goodbye to Loopa. This young purebred malinois was the cause of much buzz on the internet. Homed by her breeder, Loopa was abandoned at the end of November. Of course lots of people want a dog who is LOF, and the phone rang non stop for several days. Carole was left with the unenviable task of finding a suitable family. This was no simple matter, and even when it had been completed, jealousy seems to have caused someone to intervene, causing the original family to cancel the reservation. This meant a further 5 days’ wait for Loopa while another (better!) home was sought. Sigh.

Today Loopa made the long trip to Normadie to her new home where she has a new staffie friend. Having seen her new family, who came all the way to collect her, we are sure that they will all be very happy.

We would like to remind people that the other dogs at the SPA, although not LOF, are just as worthy of this kind of attention.

Thanks to everyone who volunteered today, including “Team Greenfinger” who were planting trees in the parks this morning. Next week they are going to plant some shrubs, and if you would like to help, please get in touch!