Today three dogs were reclaimed today thanks to their micro-chips. They hadn’t made it as far as Facebook, as we were reasonably sure that their owners would come and get them. And in fact a couple of them have got “previous”! But it is good to know that with a valid phone number on the central database, you can be reached if your dog arrives at a refuge.

Apart from that today saw the adoption of Bondinette. You may remember her arrival a couple of weeks ago, looking very sorry for herself in the back of a municipal truck (brought in by one of the many villages that use the SPA as their “pound”).

When I saw her I thought “Uh oh”. This is the sort of dog that can spend literally years waiting for a new home. Take her namesake, Bond, who has at the refuge since September 2012…..But sometimes a dog just gets lucky and Bondinette caught someone’s eye very quickly. Once compatibility with the family’s  dog had been checked, off she went to be sterilised and now she is in the warmth of her new home. Bond meanwhile is still waiting. Had he been a girl maybe it would have been him that was chosen….

The reason for the high ratio of male to female dogs at the refuge is the source of much mystery. For some reason people just seem to prefer females. Bond is castrated, though, so he is halfway there!

There was one other adoption today, that of Soprano, a little dog who arrived less than 2 weeks ago. He is a sweet,  affectionate little dog and probably had an owner, but as he wasn’t identified there was no way to contact them and so Soprano starts a new life with a new family. He is identified now, of course!

Bondinette when she arrived- now ADOPTED 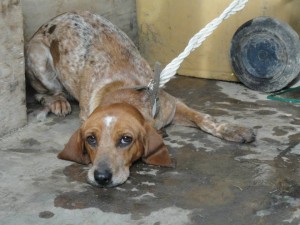 Bond – when will MY turn come? 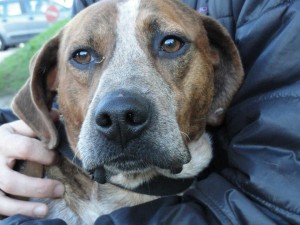 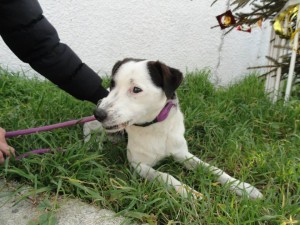