This is another week that started off calmly in terms of adoptions but which is ending well. Four dogs left the refuge today for new lives. Three had been reserved earlier so were no surprise, but that doesn’t make the adoptions any less wonderful. And the fourth one came out of the blue.

First up was Panda. This pretty shepherd cross arrived in mid August at an estimated age of six years, although since Panda has been with us and gained in confidence and weight, she seems to be rejuvenated. Although always friendly, Panda was very scared of people, particularly on first meeting. She loved the people she knew well and has been a favourite with staff and volunteers alike. Ten weeks have made a huge difference to Panda, who has now left for a wonderful new life with a loving family including what we hope will be a loving cat! 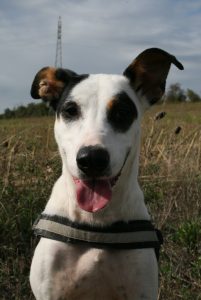 Next off was Max. No one was surprised that this fabulous young golden retriever should be adopted so soon after his arrival. Max was brought in for rehoming by his family due to health reasons (no, not Max’s health) and thanks to them the ScPA knew that Max was good with other dogs, cats and children. Yes this is what I think of as the holy trinity! A stunning lad, Max has had less than a week to wait, and at under 4 years old, has a long and we hope stable life ahead of him. 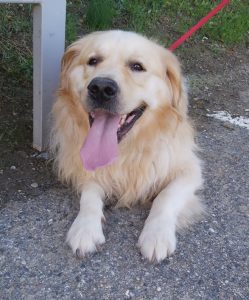 Third to leave was Idylle, another dog who was brought in for rehoming by her family. We love responsible owners who bring their dogs in, especially when the reasons for rehoming are genuine, as was the case for both Idylle and Max. A decision to remodel your garden does not count as a good reason, by the way, but that is a whole different story!

Idylle is a fabulous American bulldog, a breed that is not on the list of dangerous dogs in France, despite having similar morphology. This meant that she could be adopted without all the paperwork required by owners of categorised dogs. Just over 2 months after her arrival Idylle’s new life has begun. 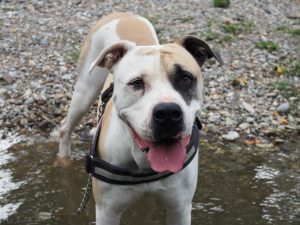 Three departures meant we were already quite upbeat when later in the afternoon we heard that there had been a fourth adoption, that of Perla. This white shepherd cross was found near a local supermarket, and was not reclaimed. Moira and I both adored her when we met her, she has amazing body language, a very wiggly girl. No one has any idea why she was not reclaimed, but the good news is that she only spent some 3 weeks at the refuge before finding a new home. 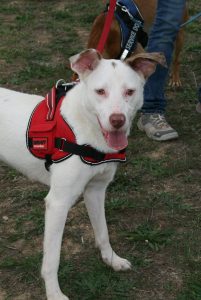 We wish her and today’s other leavers much love and happiness and hope that this week’s total number of adoptions is going to exceed the number of arrivals. If that is to be the case, it needs to be a bumper weekend!