As many of our followers know, about four weeks ago eight puppies were found at the refuge gates. Whoever put them there did not take the trouble to come to reception and hand the pups over and tell us the breed mix. They also didn’t wait long enough before dumping the pups; the vet estimated them as being just 5 weeks old, too young to be away from their mum, and too young to be vaccinated.

The SPA is not a good place for puppies. Okay, it is not the worst place to be either; pups are loved and looked after and socialised as much as time and hygiene precautions allow. But being in a family is so much better. Hence our love of foster families. Usually a foster family keeps a puppy until a permanent home is found, with this change of location being easily assimilated into a puppy’s development. However two of the pups who were officially adopted today have been with their forever family for a couple of weeks, waiting till vaccinations could be safely given. That means they are already loved and well settled and won’t need to get used to a new home!

So we can’t say that today we said goodbye to Kiba and Youma, as we said farewell to them two weeks ago. But today their adoptions are official, so we say a very big thank you to their new families, and we wish them much continued happiness in their not-so new homes. 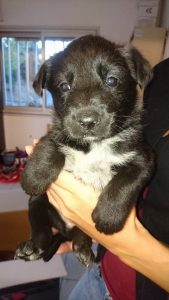 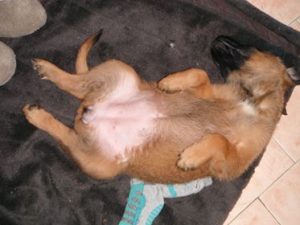 One of their brothers, Kankuro, also found a home today. He was not so lucky in that he has been at the SPA since his arrival, but he had lots of other pups to play with, as anyone who saw yesterday’s video of them all outside in the sunshine will know. And Kankuro has a big brother to play with now, as his family are already well known to us as the adopters of Odin! Many thanks to them for opening up their home to another rescue dog. 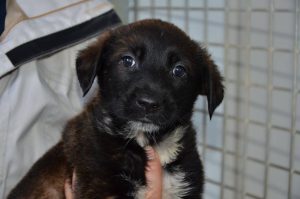 It wasn’t just a day for pups. After a surprisingly long month at the SPA (not long for SPA dogs, but quite long for a small, cute female), Tweetie has found a new home. She is a great little girl, sociable, playful and above all lively! It isn’t just pups who can provide endless hours of entertainment, as Tweetie’s new family will find out! 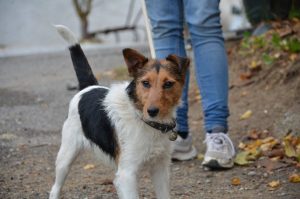 So all in all it was a good Friday and we are hoping for yet more good news tomorrow.