People move house for a variety of different motives; sometimes downsizing is necessary for financial reasons, or maybe a new job forces a change of location. People do not always have much choice of where to live, especially when property prices and rents are high. As a dog owner, however, I just do not understand why someone would choose an apartment on a high floor and use this as an excuse to abandon their dog at the SPA.

Luckily however, Dora did not have long to wait before finding her new home. This year old shepherd cross had been with us for just under four weeks before leaving today. Who knows, perhaps her former owner did the right thing by her, as her new family are lovely.  But I can simply not imagine ever giving up a dog I love to an uncertain future; for all he knew Dora could have spent months or even years at the SPA before finding a new home.

Another lucky girl today was Vanille, who spent one week less at the SPA than Dora before being adopted. The family came along earlier in the week to test compatibility with their handsome male lab, and so now they have one of each, a yellow lab and a black one. Lovely looking dogs, both of them.

On the subject of dogs who don’t spend long at the SPA, there have been literally dozens of people enquiring about Blues, the lovely pup who arrived yesterday. It was one of our Facebook followers, who made the following observation, which we all applaud.  “So much enthusiasm for a single dog. It would be good if this could have a knock-on effect on the others who are waiting. It is clear that people are more prone to adopt an animal for its appearance rather than for reasons of compassion.”

Come on, you lovers of the underdog! Adopt an oldie, adopt a scruffy, adopt a fatty, adopt a dog who needs you! 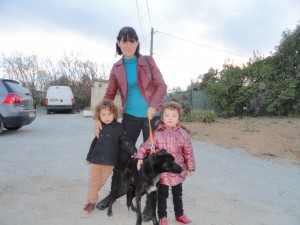 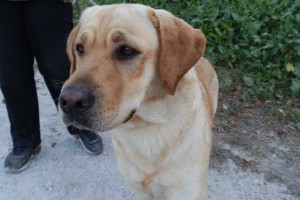