Despite the less than optimistic forecasts and huge overnight downpours, the weather yesterday was fabulous. One of the associations who was due to take part had more faith in the forecasters than we did, and they cancelled at the last minute. So it was left to Le refuge des Grandes Oreilles, les Calèches et les Chevaux, Dog Rescue Carcassonne and Felines de Caunes to benefit from the marvellous weather!

The jugglers had a minor car accident on the way, so they didn’t make it either, but there was plenty of entertainment for all, with donkey rides for the children and a buffet area for the adults. Plus there was car boot sale, which was a huge success, at least as far as DRC was concerned, with several of our larger, bulkier items selling and thus making some much needed space in our garages!

We were visited by several ex SPA dogs, including Moos (ex Tonerre), whose owner, Victorien, helped out at the sale. We also saw Cassie (ex Callie), who was adopted in March, and of course Filou, Chanel, and Jessica’s other dogs, all of whom are ex SPA.

The only negative point of the day was the arrival of a very sickly little kitten, who was found on the road in Caunes Minervois. He was covered in fleas and his eyes were glued shut due to Coryza. But this illustrated perfectly the importance of associations such as Felines de Caunes, and it was they who took the little kitty off to the emergency vet.

Small associations such as this need support. “Wild” cats and kittens are the offspring (perhaps second or even third generation, but the offspring nonetheless) of domestic cats who were not sterilised by their owners. Their well-being falls under the auspices of the Mairies, who work with associations to catch and sterilise and stop this never ending cycle.

Apart from this blip, the day was overwhelmingly positive, and the Mayor of Caunes came along to pledge his support next year. So yes, we plan for this to be an annual event.

There are far too many people to thank, so I won’t bother even trying. You know who you are. None of it could have happened without Jessica and her family, and of course the day would have not worked without everyone who came along to support us all.

Let’s hope the next event, on 6th September in Quillan is just as much fun! You may have noticed that the website has been changed slightly and now has an “events” section The Vide Grenier at Quillan is the first entry!

A proper SPA catch up tomorrow, but there were no entries and three reservations, so it was good for a Monday! 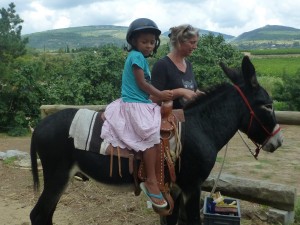 Checking out pictures of dogs available for adoption at the SPA 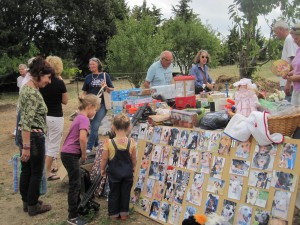 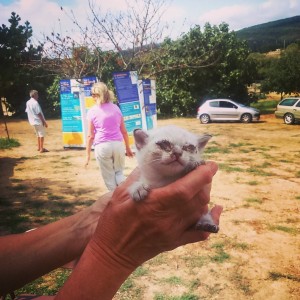 And our next event 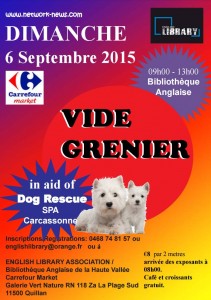