Today another of the family of border collies was reclaimed, making four, with just one to go. Juan was the lucky boy today, and we are sure that Bran’s turn will come soon. These dogs arrived at the SPA at the start of September having been found living in conditions that were less than ideal. Border collies are bright, active and intelligent, and so although life at the SPA has not been ideal for Juan, it was far better than his previous life. And once again the SPA set him on his way to better things. We are all very happy for him, naturally. 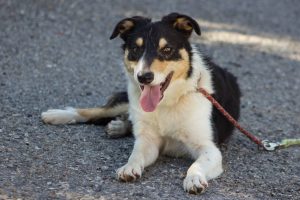 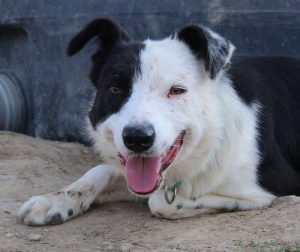 His brother Bran waits patiently for his turn

Another dog left, too. This time it was not an adoption, but a reclaimed dog. On Friday an elderly bichon maltese arrived at the SPA. He was identified but the SPA was unable to contact his owner, who it turns out, was searching for her dog everywhere. She saw the pictures that were posted on the Facebook page and got in touch to let us know that she would collect her boy as soon as the gates opened today! Chouchou was born in 2003, and although he is adorable and we could probably have found him a new home, it is far better that he should be with his real owner, of course. 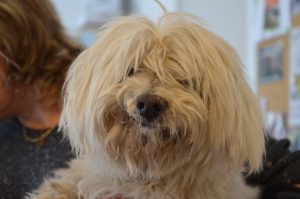 Another elderly (and identified) dog arrived and was reclaimed immediately. So it was a Happy Monday all round. Let’s hope the week carries on the same way!