Isa and Canelle on tour, plus four adoptions!

While the majority of us have been going about our normal day to day lives and maybe relaxing in the sun, one of our volunteers has doing quite the opposite!

Isa, together with her ex-SPA Carcassonne dog Canelle, has been taking part in the Trophée Des Montagnes, a ten day cani-cross event, in the Alps. We have been following their progress on Facebook, and yesterday was the final day. It has not been an easy course. Isa suffered from a bad ankle and at one stage it looked like she may have to pull out of the event completely. But she stuck with it, despite some very rocky looking terrain and even unlit night runs! Canelle caught heat stroke on two occasions, and Isa had to run with other dogs. This meant that she was not able to be placed in the general classification, but she finished, nonetheless, and with a smile on her face, as usual. Best of all, Canelle had recovered enough to Join Isa for the final photo shoot. She has since had a full doggy MOT and has been given a clean bill of health, so at the end of September she and Isa will be taking part in the French championships.  We will tell you all about that in due course.

Everyone at the SPA loves following Canelle’s adventures with Isa. And we adore the fact that Isa is proud to tell everyone that Canelle came from the SPA Carcassonne. What better advertising can you get than that?

On the subject of “advertising”, from time to time one of our volunteers, Laurène, writes an article for the press in order to publicise a SPA dog, and sometimes it pays off. Such is the case with this week’s chosen dog. I am so excited that I am nearly bursting at the seams. Those of you who read the l’Independant will know who the dog of the week was, so it will be no surprise to you when he leaves, but for the rest of you, a bit of patience is needed.

But never fear, there is more news! Two dogs who arrived today were reclaimed, and we had four further adoptions, including Puppy Percival and DRC sponsor dogs Gallopin and Chavanel, plus a German Shepherd who was adopted by the people who had found him and brought him in.

Isa and Canelle at the finish line! Stars! 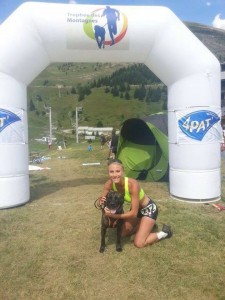 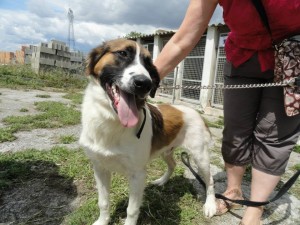 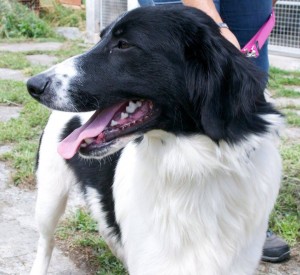 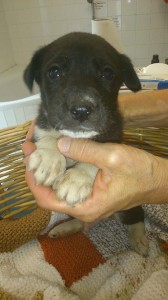 And the people who brought this dog in came to adopt him. Lucky boy! 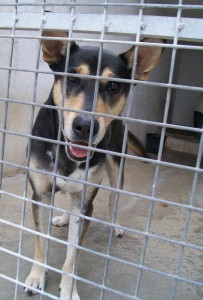 2014-08-11
Darcey Dyson
Previous: Help, my dog has bitten, what should I do?
Next: Two adoptions and two reservations, Plus four dogs are reclaimed!