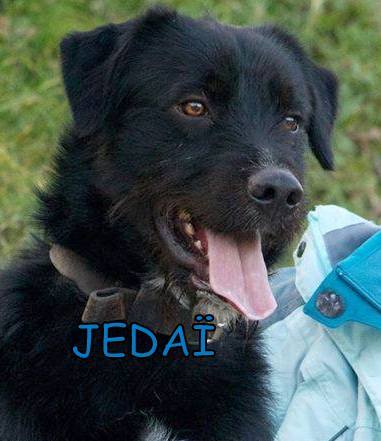 Yesterday we had an adoption which really cheered everyone up. Jedai was one of the dogs I spoke about in last night’s blog who was scared and bewildered when he arrived and hid at the back of his kennel. A young timid griffon cross who probably hadn’t been socialised and had been left to his own devices.

We are used to this and we know to go slowly gently and to build up the dogs trust. Little by little he gained confidence and he became a real favourite with the volunteers. Like lots of intelligent dogs, as he gained confidence he became bored and started to chew his paws.  We hate when dogs ‘self harm’ so we tried our best to make sure that he got his fair share of being in the park and walks.

Jedai was top of the list on the scorching hot days when we took dogs out of their kennels into the shade just for cuddles and to teach a few basics manners like sit and down. We did anything we could to stop him becoming bored and to increase his chances of adoption.

So yesterday, almost a year after he arrived he was adopted by a super family who are over the moon to have found him. His life now will be very different from before the refuge and we were really just a stepping stone towards his future.

A year ago, just as Jedai arrived, Karadoc, a lovely little pointer cross pup was adopted. Today we received an update of how he is doing along with some super photos. He has become a really handsome boy who is really loved and doing well in his forever family.

We have had two arrivals Kalanji, a fox terrier cross and Lilypuce a tiny female beagle. Hopefully their owners will be looking for them…..only time will tell! 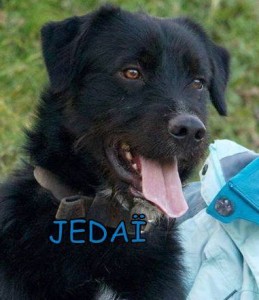 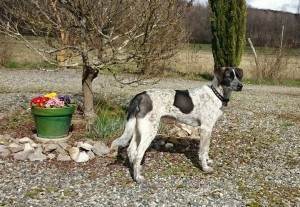 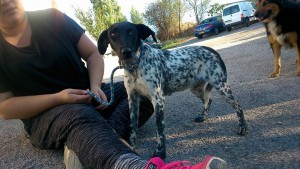 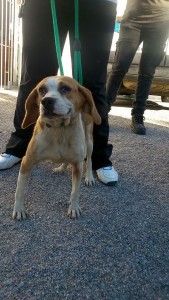 1 thought on “Jedai adopted after a year at the refuge…”