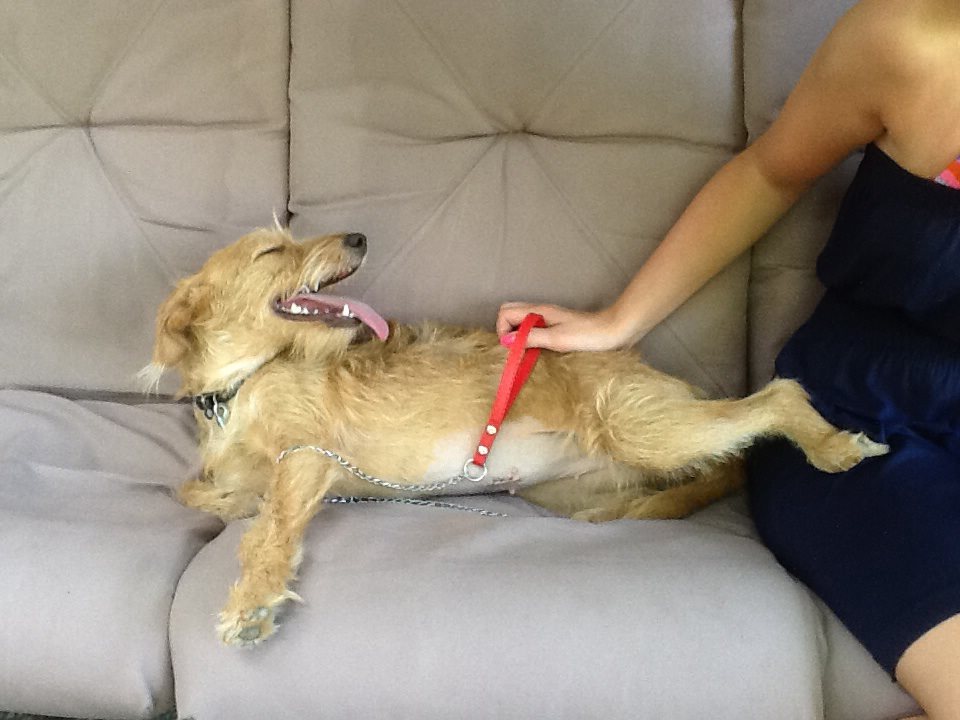 A mixed day at the SPA today. Someone left an empty cage in one of the exterior boxes, so we will never know what small animal escaped from it. The owners did not have the courage to walk in and hand the animal over to make sure it was safe. And no, they were not donating an empty cage, as there was food left inside, and sawdust. So some small creature (a kitten, a rat, a ferret?) is now lost in the middle of nowhere, or perhaps already dead. For every wonderful person out there, there is always someone who makes you despair at their idiocy and selfishness.

In better news, Ilda left the SPA. This is the little girl who was brought in on August 19th by the police of Limoux after being abandoned by her owner who no longer wanted her. Dog Rescue Carcassonne knew of her plight before she was brought in, but did not manage to find a “home to home” in time. However once she was at the SPA and we were able to meet her and take some better photos, Moira’s plotting came to fruition! Ilda has not left for her forever home, but is being fostered by Elinor, a great supporter of the SPA and adopter of Maddie (ex Malaga), who is going to give her loads of love and then deliver her to Scotland when she and her husband return home in a couple of weeks.

We will have an official adoption announcement when she reaches her final destination, and in the meantime we will have news and photos thanks to Elinor. The first one has arrived already. Ilda has been renamed Renée which of course means “reborn”. And she is already looking a lot happier, isn’t she? Great work Team!

Two dogs arrived today. Copernic is a lovely looking cross breed and we will have more information about him in due course. Who knows, perhaps his owner is looking for him……And then we had a tiny female yorkie brought in having been found in Palaja. She, unlike Copernic, is identified, but the details on her tattoo are not up to date. Let’s hope her owners think of contacting the SPA, otherwise she will be looking for a home at the age of ten years.

Ilda, now Renée – in foster before moving to Scotland! 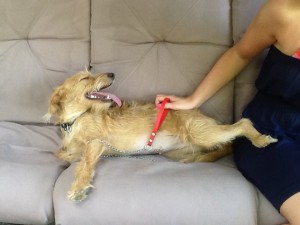 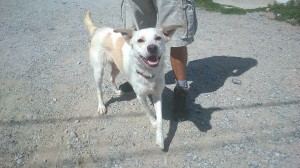 And a ten year old female yorkie- another new arrival 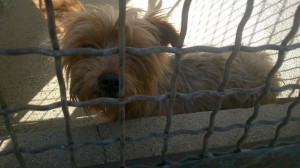