Many of you will have seen that France is now closed due to the Coronovirus. As of midnight on Saturday all non-essential public services are closed by governmental order. And that includes the refuge. Of course we all have our own definition of what is and what is not essential, but ours is not to wonder why.

Of course staff will be on hand to look after the animals present at the refuge, and will do their best to keep all the residents as happy and occupied as possible. Animals will still be arriving, as the refuge fulfills the role of pound for any dogs and cats found straying, and measures will be put in place for owners to reclaim their animals and even to adopt. All visits will be via appointment though, so it is worth making a note of the ScPA phone number. It is 0468 25 35 45 and staff will be on hand every afternoon from 14H00-18H00 ie during normal opening hours.

So who managed to get out before the shutters came down?

This week seven dogs found new homes. Actually it was eight until today when one of the week’s earlier leavers was brought back. Also sadly one of last week’s adoptees, puppy James, is back too. Clearly the adopters did not see or care about our last blog about patience and preparedness….. But the good news is that four of this week’s leavers are all puppies! 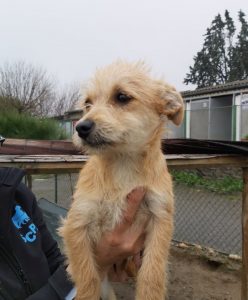 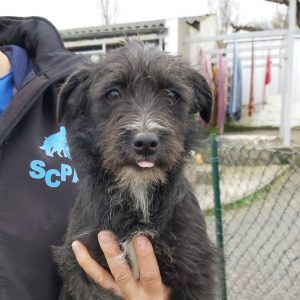 Brothers Charly and Chaplin left for new homes, as did another set of brothers, Stan and Oliver. All four are tiny terriers who all look set to create a suitable amount of mischief in their new homes. If France is set to enforce self-isolation on its population, we know of four families who will have plenty with which to amuse themselves! 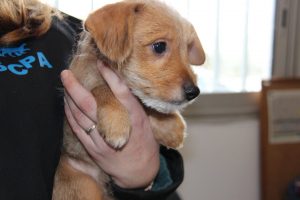 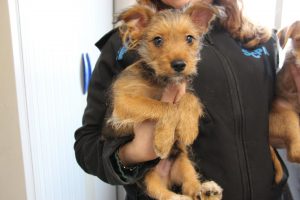 The other leavers were beautiful boy Starck and delicate whippet cross Lina, as well as stunning dalmatian Ooper (now renamed Hooper). He particularly has had a stormy ride up to now. He arrived at the refuge once before only to be reclaimed by his owner who subsequently tried to rehome him for free on the internet. Fine with other dogs, cats and children, Hooper’s only fault was that he gets bored when alone all day and escapes. That should be solved by a three pronged approach; an enclosed garden with a family who is at home all the time, plus castration which should suppress the desire to chercher la femme! Hooper’s new family are over the moon and we are sure that Hooper is too. 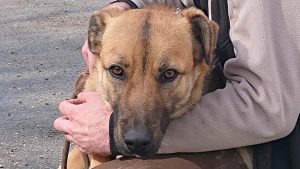 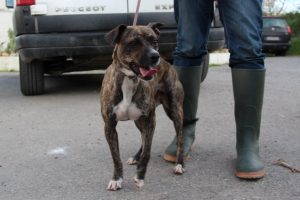 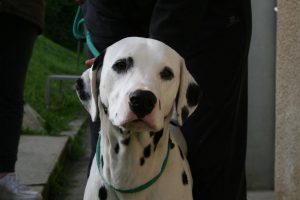 We have no idea how long it will be before things return to normal (or whatever becomes the new normal). At the time of publication dog-walking on your own dog is not a proscribed activity. Plus it has been confirmed that neither dogs nor cats can carry or transmit the disease. So enjoy the company of your four-legged friends and take care of yourselves and each other.