Tonight around midnight four more of our wonderful doggies will be jumping into their travel crates and setting of for pastures new.

This weeks lucky four are Disco, Fanta, Mojo and Stivel. Disco, Fanta, and Mojo are off to Animal Trust in Belgium and Stivel is going straight into foster under the care of a German Association .

This is super news for all of the dogs. Disco has been with us 46 months, Fanta 27 months and Mojo 12 months. For Stivel this chance is nothing short of a miracle! Until he came to us 19 months ago, this poor boy had had a terrible life. He arrived with a muzzle so small and tight that he has a permanent scar on his nose. He was skin and bones and so we had to ‘feed him up’ ever so carefully. Slowly he began to regain weight and became less manic about food but who could blame him, its instinct to eat as quickly and as much as you can when its available! Many thanks to a sponsor mum Liz who paid his adoption fee, being a spaniel lover she wanted to give home the best chance of a super future.

On this trip Darcey is travelling with the dogs so when she gets back next week and has caught her breath we will hear all about their adventures!

All of these dogs have waited so long for a new home that they so deserve this chance of a lifetime and we will soon have news of how they are settling down.

Its nearly 2 weeks ago that the six dogs left for the UK and three are already reserved pending home visits. So very soon Sacripan, Gun and Biker will be off to their forever families and I am betting that the other three won’t be far behind them. We are so thankful to be working with such wonderful refuges and this goes to prove that finding the perfect forever home for dogs need know no borders. 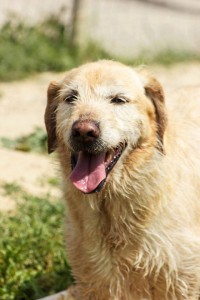 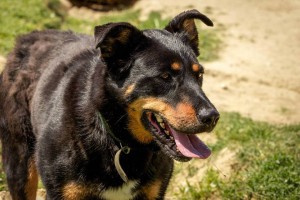 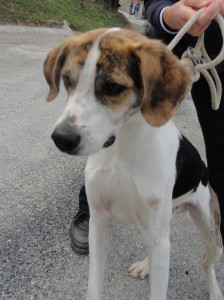 Stivel…you so deserve this chance. Be Happy! 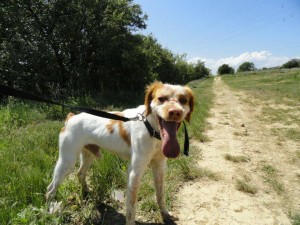