News of adoptions and fosters!

We have had several really nice adoptions over the last day or so.

Yesterday we said goodbye to little Forest, a pinsher who arrived four weeks ago, and also to Tipex, who had been with us since the beginning of September. The third lucky girl was Florine, and she really WAS lucky, as instead of spending any time at the SPA, she went home with Carole, who has been fostering her for the past three weeks or so.

Not only is Carole a huge fan of dalmatians, but she is also very experienced with deaf dogs, already having a deaf dalmatian of her own. I only found out since becoming a volunteer at the SPA that dalmatians are often deaf; it is a genetic mutation that frequently affects both them and white dogs.

Florie turned out to be far from the ideal house guest; she was a very young dog when she arrived after having been found hiding under a car at a local dog walking area. She was not house trained and was quite a handful, by all accounts.

However forewarned is forearmed, and Florie’s new owner is well aware of her faults, a clear benefit of a dog’s spending some time in foster.

Let’s hope the same for Perla, who was brought to the SPA in a terrified state, and whose recovery, although dramatic, has been limited by the lack of human contact that is a sad feature of refuge life. Today she went to a foster family who is experienced with timid dogs. With love and care we are sure that this lovely girl with blossom and be able to find a permanent home of her own.

And thus another week draws to a close. Onwards and upwards! 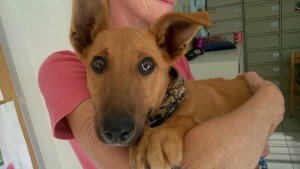 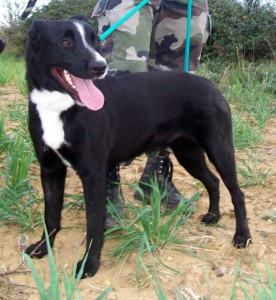 Florie (aka la Dinde) – ADOPTED (thanks to her foster family) 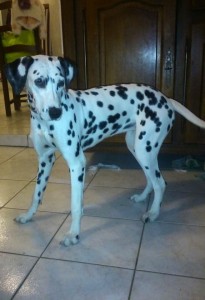 Perla – Gone to a foster family for some TLC. 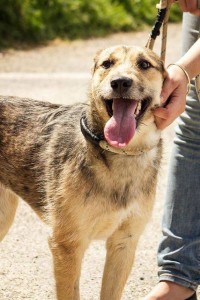