News of an old, old friend!

Today wasn’t all good, with the arrival of four more dogs, one of whom is in a terrible condition and only one of whom is micro-chipped. However a couple of things have helped raise morale. Firstly was the decision by his foster family to adopt Phoebus, the puppy they have been looking after. This wasn’t exactly a given, as the couple have two dogs already, but having seen the photos they took of him while he was in their care (a week’s holiday on the beach, no less), it was clear that they were becoming very attached to him.

A foster family has been lost, but another dog has been homed. So good news!

Then (and especially for Carole), I received a lovely photo today of Ebony, who was adopted from the SPA (where she was called Ebene) about eight months ago as an old arthritic lady (I am talking about the dog, not the adopter). She is in England now, and has come on leaps and bounds. As you can see from the photos she is looking healthy and gleaming. Her muscle tone has improved enormously thanks to a mixture of physiotherapy and water aerobics and she now only refuses to put her back leg on the ground when she is running at speed. We have Doglinks to thank for this one too, and Ebony’s owner is planning on helping more elderly dogs when she makes the move to France. Hurry up Elaine, we need you! 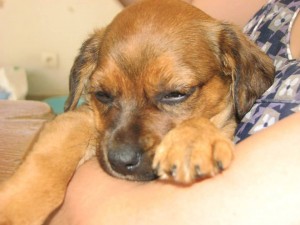 And just look at Ebony. Hard to believe this is the same dog

When she first arrived at the SPA 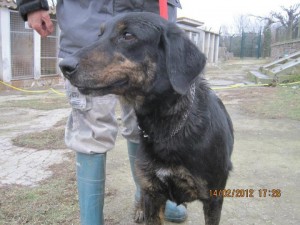 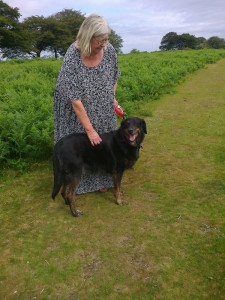