Today was the first Sunday of the month, so as usual the SPA was open; manned by a team of volunteers. The sun shone and plenty of dogs were walked and/or washed.

Sadly when the employees came to work this morning they found Teddy waiting for them. He was adopted on July 11th, and although at present we are not clear if his owner is looking for him, it would be awful if he has been abandoned after so short a time. Fingers crossed that he is just “lost” and that his owner reclaims him. He had already spent 20 months at the SPA before being adopted, which way too long for any dog, let alone such a young active one.

Many thanks to the young couple who found him wandering in the middle of the road and made sure he was safe with the Brigade Canine. Who knows what would have happened to him otherwise, especially with the thunderstorms that shook the area last night.

Teddy was not the only new arrival, either. A small unidentified dog was brought in as well, but luckily her owners were looking for her. Sharlotte (yes with an S) was not identified, so normally would not be able to leave on a Sunday. The law states that all dogs must be identified and especially those who pass through our hands.  Luckily the SPA vets were on duty this weekend. Although chipping a dog cannot be considered an emergency, they were kind enough to open up for us so that Sharlotte could leave immediately. Thank you so much, Les Remparts.

While Sharlotte was being chipped we took the opportunity to microchip a puppy who was already reserved and whose owners were very keen to take home as soon as possible. So little Shamallow left! Don’t worry, there are still plenty of pups left; a whole bathful, in fact! 😉

Thanks to everyone who came along and made this Sunday afternoon a bit brighter for the animals at the SPA.

Teddy – I hope they are coming to collect me….. 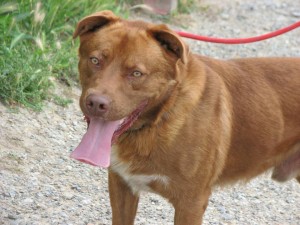 Sharlotte – My owners came for me straight away! I am 13 years old! 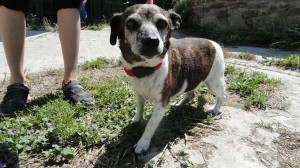 Shamallow- I have a new family and a farm to play on!