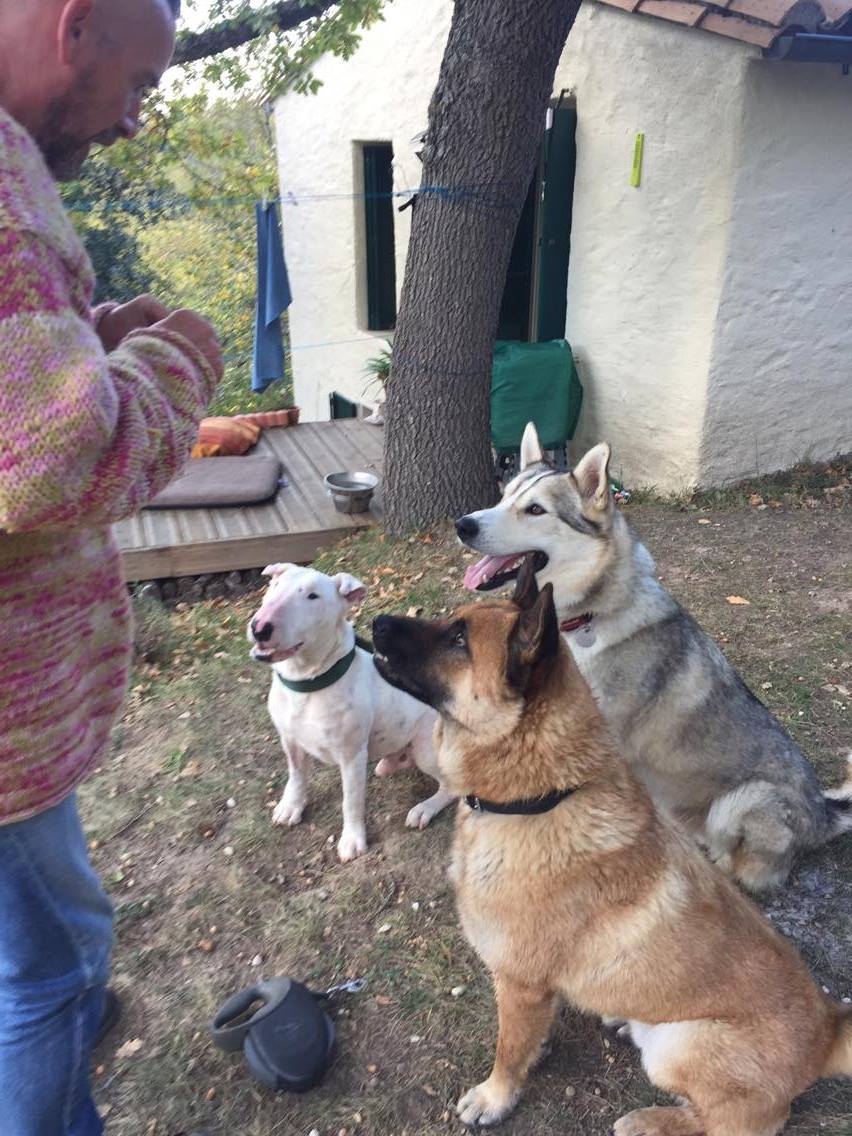 After travelling around Europe for a few years in our motorhome with our Husky ‘Beau’ we settled on a place in the forest about 7km from Quillan. We are off grid and surrounded by beauty and open space. Unfortunately our dog Beau was killed by a vehicle in May this year. We were devastated by our loss and never contemplated another dog at that time.  Beau was an outside dog and we had failed to realise how much destructive wildlife he had actually kept of our homestead! We don’t like the idea of fences of any kind but the boar and deer soon made their presence felt!

After much consideration, we decided to visit the SPA at Carcassonne and see about perhaps adopting a rescue dog. Diane had spotted a dog on the website who was called Paddington! We visited the SPA and walked him out. We both felt that he was a dog we would get on with and after sleeping on it we decided to see if we could live together. After dealing with the process of adoption which was made very smooth and easy by all the staff at SPA we adopted Paddington.

It took ‘Paddington’ now renamed Hachi about a day to realise he liked us and wanted to stay!! He is the most brilliant dog. After some weeks we decided that we could cope with a companion for Hachi and as Hachi was such a good dog we returned to the SPA. And had a wander around seeing a few potential pals for Hachi. We spoke to our friend and contact at the SPA Moira to say that we were interested in a very sorry looking  Bull terrier, having some experience with the breed but as there were still some issues with his health we were prepared to wait!

Moira mentioned a possible home to home adoption of a very handsome husky cross looking for a new home due to a change of circumstances. We met the owners and Texas came home with us that day, and soon settled into his new home. A few weeks later Gino the EBT was ready for adoption! Well to cut a long story short, we are now 3 dogs richer, all with their own quirks and personalities but our lives are immensely enriched thanks to the excellent work done by the SPA.