Home / Latest News / Room for a little one?

Room for a little one?

The day started badly with the arrival of two new puppies. Luckily trusty Lisa was on hand to collect them for fostering. They are about 7 weeks old, one boy, one girl, and have now been named Frank and Betty. Both are adorable, naturally! Where would we be without our foster carers?

Then things started improving, at least I think it was an improvement. The owner came to collect one of our little yorkies. She has a hugely long name which tells of her good breeding, so it is strange that her owners let her get into such poor condition. We asked them to take her to the vet and to the grooming parlour, but who knows if they will do so. At least she is out of the heat of the refuge, though.

Much more positively a family came to adopt one of our beauceron puppies, Bonny, and another family adopted Trust, a puppy who has been in foster care. Then just before closing time a family came to adopt Bogoss, a Chihuahua who has also been in foster care. So it really was a day for small dogs, although clearly Bonny is not going to remain small for long!

The SPA treasurer arrived and I managed cheer her up by handing over the money that had been raised by Karen and John at their fundraiser on July 20th. It is not often that I make the treasurer smile, and I didn’t even have a camera handy. Karen had requested that some of the money be used to castrate male dogs who cannot be mixed with other males, so several appointments were made at the vets. With any luck we will be able to mix these dogs with females afterwards and their lives will be much more fun.  Thanks again Karen and John. 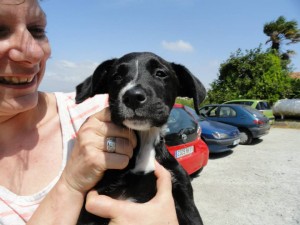 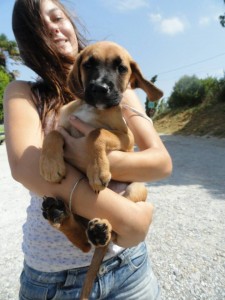 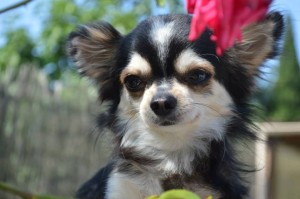 And good bye to Trust…. 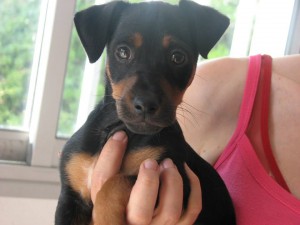 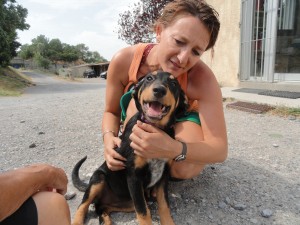 2013-07-27
Darcey Dyson
Previous: Adoption of an oldie and information that may be useful to some.
Next: Some excellent long-distance news