Tonight we have an adoption and bits and bobs of news to catch up with.

Simba, a handsome one year old was adopted yesterday. Sometimes its easy to guess a dog breed but Simba we think is a real ‘mixed’ breed.  It would be very interesting to DNA test some of our dogs but of course our funds don’t run to that. If however you do want to know your dog’s heritage you can buy the kit from amazon and three weeks later you will have the results. Its very useful to know what breed traits your dog may have and could certainly help you understand some behaviours.

There have been quite a few comments on facebook about the arrival of Lego, a young husky cross. He certainly is a very handsome boy but I hope that prospective adopters will think about breed traits before offering him a home.

We have also had news and photos of Ollie ex Gadget who is settling in well with his two sisters. The arrival of a bouncy pup is a shock for any resident dogs and it takes time and management to make sure that this works out. Pups are dynamic and its very important to give older dogs a break from puppy.  We always recommend crate training pups as it means that you get a good night sleep, you don’t have a kitchen covered in wee to clean up in the morning and of course the other dogs are assured a peaceful night free from puppy madness.

The next bit of new is not so good. We heard from Evelyn at Doglinks that Scramble, the Brittany spaniel that she adopted from the SPA 6 or 7 years ago has died. When Scramble arrived at the SPA he was full of lead pellets and couldn’t walk. After lots of tlc he recovered and enjoyed life with his many doggy friends. RIP Scramble and thank you Evelyn. 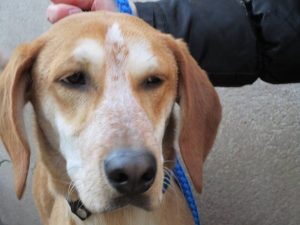 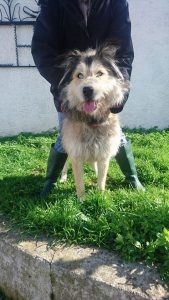 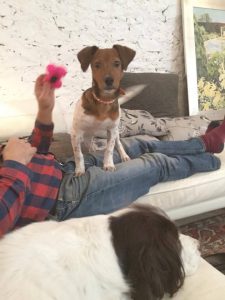 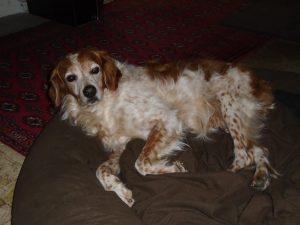