Despite the recent changes at DRC, Moira and I are both still active at the ScPA. So we thought it would be nice to bring you up to date with what has been going on at the refuge, and most specifically the adoptions!

This week eight dogs have left for new homes, and we are delighted for each and every one of them.

Five of them were boys, Ben, Irish, Fudge, Tintin and Bobo and the girls were Jessy, Sofi and DRC urgent appeal, Mabrouka. 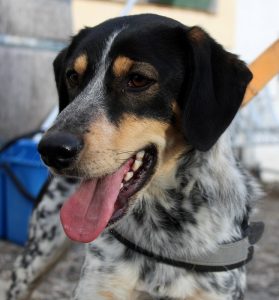 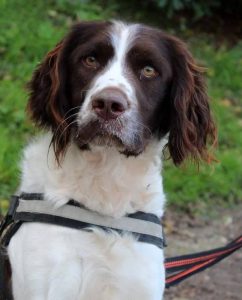 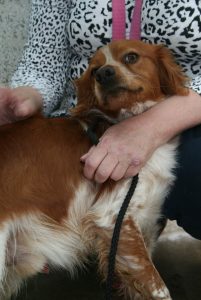 Ben was a former DRC urgent appeal; a wonderful lad who has been adopted and brought back twice for rather odd reasons. Sometimes a dog just has bad luck. Tintin, for example, was brought in for rehoming having been bought at a local pet shop by a gentleman who quickly realised that 92 was too old for a puppy. It seems almost unbelievable that a pet shop would even consider letting a dog leave in such circumstances. However when the sole motivator is profit, anything can happen. 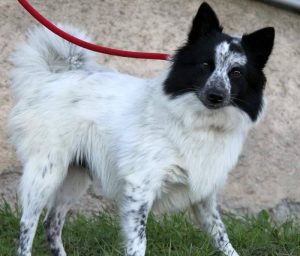 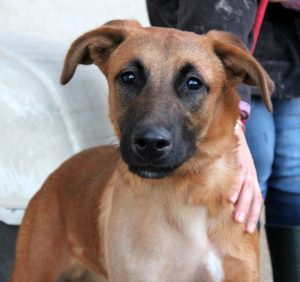 Jessy was a hunt dog who refused to hunt and this sensible decision on her part means she now has a proper family home, rather than living in a kennel for the rest of her life. And as for Sofi, well, I was the one who brought her to the refuge after finding her on my morning walk. The ScPA had already rehomed her once, but she has serious separation anxiety, so was brought back to the refuge. 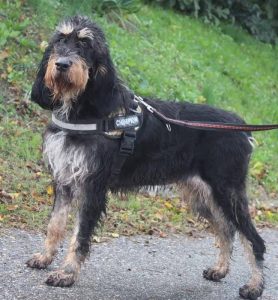 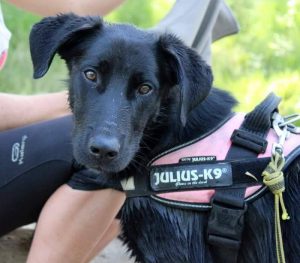 I am very pleased she has a home. If you are the one who brought a dog in, you have a stake in their welfare, somehow. So imagine my chagrin when a friend who was visiting last week found two dogs tied up alongside the Aude in Carcassonne. She left them alone for a while (perhaps their owner had just popped into a shop), but when the dogs were still there 2 hours later, alarm bells rang.

What to do in such instances is something DRC is contacted about on a regular basis and will be the subject of a future blog. 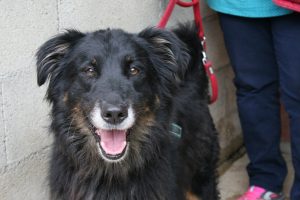 But tonight we are full of smiles for the week’s lucky leavers.