This has been a good week. Not only was the number of adoptions up to its usual mark, but it also saw the departure of more puppies. Including (today) the adoption of the last puppies from two recently arrived litters. We have said on many occasions that it is always sad to see the last puppy of a litter alone at the refuge, but we have also said that often they end up being the happiest of all.

But let’s start at the beginning, with Monday. That was a bumper day, with four adoptions, including 2 of the Patou/ border collie cross pups, Spirit and Cimarron. Gorgeous balls of fluff right now, these are destined to be big dogs and it was important that potential adopters were made aware of this. As mentioned in last week’s blog, one of the litter who was homed directly from the mum’s owners was later brought in to the refuge as the family did not want a dog of that size. Far better to be forewarned! 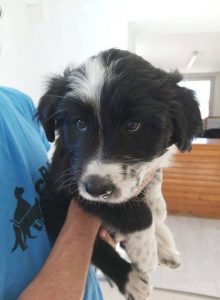 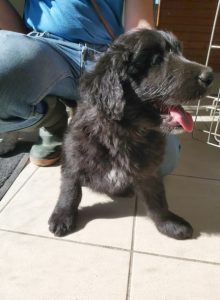 Monday’s other leavers were both “second-chancers”, ie dogs who have been brought back from failed adoptions. The first of them. Pepsy, was adopted as a puppy last summer (grrr) and the other, Pollux, was a more recent leaver. We hope that all of them really have found their forever homes this time! 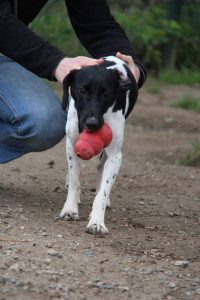 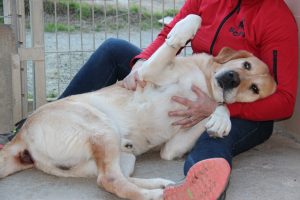 And a second chance also for Pollux – ADOPTED

Another dog who has left for a second chance is fabulous Star-Lord. As with Pollux he was adopted and brought back very quickly, but this time things are looking far more positive and we hope he is as happy in his new home as he deserves to be. 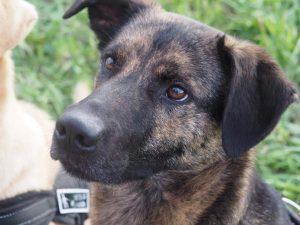 Poor little Cookie, who arrived following the death of his owner, found a new home, as did cheeky looking Mercury. Then later in the week said goodbye to fabulous husky Orion. Dogs of this breed usually attract a lot of attention when they are available for adoption and staff have to be doubly vigilant when selecting a new family. Lucky Orion did not have long to wait for what we all hope is the right home this time! 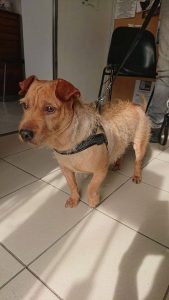 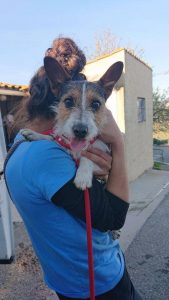 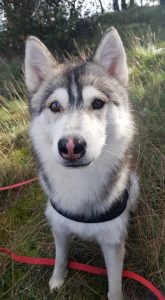 Finally today the week ended on a high as the ScPA said farewell to the “last” puppies. Little James’s siblings had both left a couple of weeks ago, and the refuge staff and volunteers were starting to get a bit worried for him. Or not so much worried as sad, to be honest. No one likes seeing puppies grow up at the refuge, although on the positive side, it usually means that there are some decent photos! 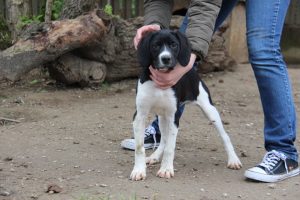 The same is true for River, the last of the Patou/ border puppies. As with huskies it is important for prospective owners to understand what they are taking on when adopting a dog of this breed (or this mixture). Yes, it is important to find the right people for every single dog, but with some breeds future behavioural issues are easier to predict. Little River is adorable, and as she was brought up in a family environment, perhaps she will be the perfect dog. However her new family is prepared for any shenanigans! 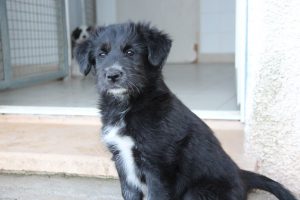 So that makes ten adoptions! Not bad considering it rained constantly for most of the week, which is hardly likely to inspire people to take on an animal that will require lots of time outside! So many thanks to all the week’s adopters and may we all be blessed with nothing but sunshine from now on!