Until this evening it looked as if it was going to be a bad week in terms of adoptions. This would have been understandable in many ways; tomorrow is back to school for kids, and for many others it is the first day of normal life after the long Christmas and New Year break.

We always say that better one good adoption than 100 bad ones, but as it turned out, today brought a flurry of activity, more than doubling the week’s total number of adoptions from three to seven!

The last two adoptees of the year left on the 31st, with both Vladimir and Mousqueton finding new homes. We have DRC volunteer Petra to thank for Vlad’s departure, as she brought her Dutch neighbours to the refuge to look for a new pal. And Mousqueton, the other day’s leaver has fallen on his three and a bit paws, too. He has an old hunt injury but his new Anglo-German family were not at all phased by his missing toes. So the refuge definitely ended the year on a high. 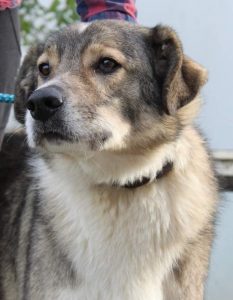 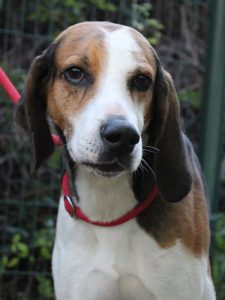 Things were quiet for a couple of days until the next adoption, which was that of long-eared lovely Abby. She had arrived very recently and proved to be very popular, with several people offering her a new home. The photo is quite deceptive, she is under knee height. An utterly charming young girl. 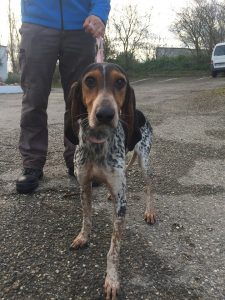 Then today there were four more leavers. Bobby was extremely timid when he was brought in for rehoming at the end of November. But he soon perked up and showed his true personality; full of joy and smiles. Even more so now that he has a new home. Likewise Sky, still a puppy, who was brought in as her family did not have the time needed to turn this lively girl into a good canine citizen. She attracted a lot of interest, with a key requirement being her new family’s commitment to doing some formal training before Sky becomes too much of a handful. 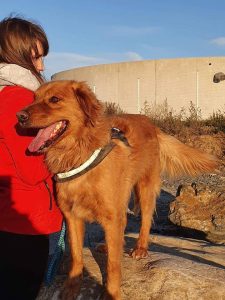 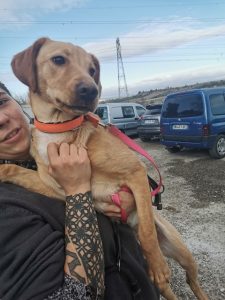 The adoption of the week is probably that of Hermés. His name has been mentioned recently as the last of the dogs who was left at the refuge gates early last year. The recently (and successfully) adopted DRC Hidden Gem, Kéops, was the second to last to leave. And finally it is Hermés turn.

This spaniel cross was the most timid of the “pack” and although he was adopted once before, he was brought back literally 24 hours later for (ah-hem) being too timid. Of all the problems dogs can have, this is one that his previous adopters could not have failed to notice. For some reason they seemed to think that one night in a home would cure him. Hermés’ new family have no such illusions. They have spent literally hours in the ScPA park with him, always sure they would take him home, but keen to wait until Hermés felt more relaxed around them in order to make his transition easier. Now that is what we like to see. 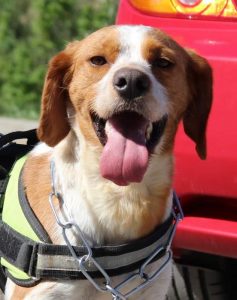 The week’s last adoption was of Matt, and we at DRC are very happy about this because he is an old dog who arrived at the refuge following the death of his owner. Matt had known nothing but love all his life and seeing him in a cold kennel was really sad. However he is a wonderfully friendly lad and it didn’t take him long to find a new home, and we hope that the shock of losing his owner is soon put behind him as he starts his new life. 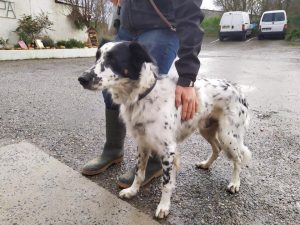 So a good start to what we hope will be an excellent year. More adoptions, fewer abandons and far more happy dogs!