Another relatively quiet week for adoptions, but not for arrivals, sadly. In the first 12 days of the year 27 dogs have already arrived. Several of them have been reclaimed, but it does appear that there is something of a post-Christmas phase going on. Out with the old and in with the new, perhaps.

In any case, we are here to tell you about the week’s adoptions, of which there were five. Plus one very lucky old girl has gone to long term foster with friends of DRC. Old lady Tinka, a 14 year old golden lab has been lucky enough to go to live with Sally and her husband where she will be loved and cared for. Not that the same wouldn’t have been the case at the refuge, but far better for this gentle old lady to be in a loving home than in a kennel. 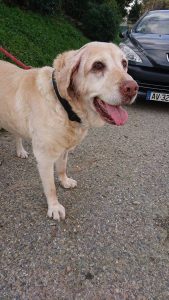 The first of the adoptions was that of Alpha, a lovely husky who had been at the ScPA for a surprisingly long time. Sometimes it is better to wait for the right home rather than let a dog leave with a high expectation that he will come back. So we hope that Alpha does not regret the time he spent at the refuge. 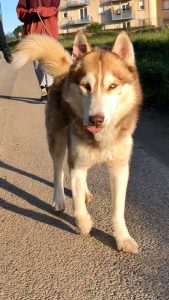 Elderly poodle Molly was adopted almost as soon as she arrived. It is sad when a dog arrives due to their owner’s being hospitalised, so it is wonderful that Molly found love again so soon. 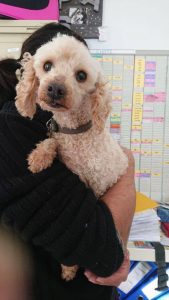 Little Chihuahua Elsi was also rehomed. Yes, we do get tiny dogs, but you have to be either quick or lucky or both, and above all you have to be suitable. Always worth keeping your eye on the DRC Facebook page, which is being kept up to date with new arrivals, even if the website is not at present. 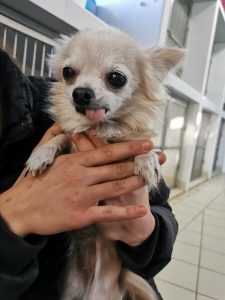 We also had the adoption of young female border collie Orphée. She was abandoned by a family who was not able to keep her. And sadly although Orphée had been well socialised with other dogs, cats and children, this was all the attention she had received in her former home. No training had been done, and we all know what bored border collies are like! Orphée is adorable but will need a bit of education before she can be described as a good canine citizen.

However her new family are up to the challenge, and less than a week after arriving, Orphée’s new life has begun. 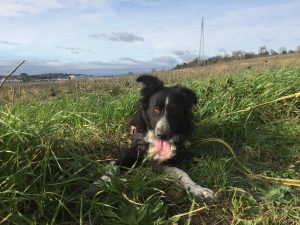 Last of the week’s leavers was Flavio, a lovely long haired brindle coloured dog who took less than 2 months to find a home since being found as an unidentified stray in a nearby village. 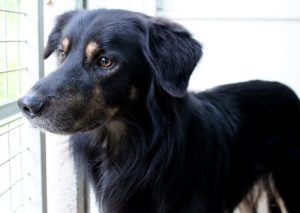 So only five adoptions this week, but as long as they are good ones, that is just fine with us!

And there is news of the dogs who left for Belgium, too, as both Edge and Finou have been adopted. As ever, huge thanks to Eline and her team.

We have exciting news about everyone’s favourite “almost annual” event to come this week, by the way. Yes, it is the much anticipated return of the DRC Dog Show with a Difference!